Your Business May Have Failed, But You Can Still Prevail 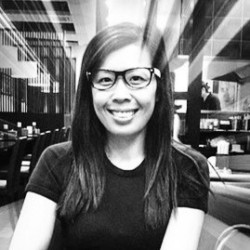 Upper Street was a dream for any entrepreneur. The bespoke shoe label, started in 2010 by Julia Elliott Brown and her sister Katy Chandler, allowed customers to design their own shoes online using 3-D technology before trying them on at its London location. The concept struck a note with women worldwide, winning over an impressive fanbase with the likes of actresses Helena Bonham Carter and Carey Mulligan.

Statistically, Upper Street had a 91 percent referral rate, a 20 percent repeat-purchase rate, a less than 5 percent return rate, and a strong five-figure social media following. It enjoyed coverage in everything from Marie Claire, Elle, and InStyle to the Daily Mail, the Telegraph and The Times. By 2015, the business was valued at almost $4 million.

But the fashion industry is extremely competitive, with a constant need for funding to acquire new customers. Yet, by the end of 2015, Upper Street’s growth seemed to have stalled, cash was running out and additional investment could not be secured.

“I felt like the captain of the Titanic, with the iceberg looming rapidly. We [then] sold our key assets to a competitor, and our dream came to an end,” Julia said.

I spoke to Julia to find out what she walked away with at the end of Upper Street, and it’s far from a broken spirit.

Julia urges entrepreneurs coping with the loss of a business to “take a moment to stand still and take it all in.” She recalls how the pressure of building and growing a business was already a huge burden to shoulder, but the process of closing the business turned out to be unbelievably stressful, as well.

“My sister and I had put everything into Upper Street. To have it fail when it still had so much potential was exceptionally heartbreaking,” she explained. “I’ve been told how I describe it is almost akin to death, and in some ways, it really was. I spent a month not thinking about work at all. Instead, I focused on my wellbeing and enjoyed time with my family.”

Related: How These 5 Entrepreneurs Bounced Back After Failure

Entrepreneurs, by nature, are always driving at full speed, and they’re not very good at stopping to celebrate what they’ve already achieved. Upper Street had great success for seven years. That’s worth celebrating by any measure.

Today, Julia has a system of patting herself on the back, because the entrepreneurial journey can be a lonely one. Periodically, she also makes a list to reflect on the great things she’s achieved. This has proven to be a real confidence-booster, and it spurs her on to do even greater things.

When Upper Street decided to rebuild the 3-D design technology for their consumer website, she outsourced the project to a small technical agency that ultimately delivered a substandard product.

“The technology that was key to enabling our customers to visualize the shoe they were creating was now downgraded,” Julia said. “This had terrible ramifications. I take full responsibility for this screw-up. I was trying to do too many major projects at the same time and failed to stay close to this task.”

Acting on that experience, now Julia focuses solely on what needs her attention the most, and she never assumes things will go as planned. With startups, securing finance can often be an ongoing task and nothing is guaranteed.

“I assumed our main venture capital backer would follow through with their investment,” she clarified. “I assumed there was no need for back-up until it was too late. These are mistakes I will never repeat.”

While it’s clear that entrepreneurialism is in Julia’s blood, there were definitely moments of doubt. “I can’t tell you the number of times I’ve said to myself, ‘Sod it, I’ll just go get a job at a deli counter where there’s always a paycheck at the end of the month,’” she said.

Fortunately, Julia found she could use the new equity fundraising skills she learned at Upper Street. She didn’t start again to make up for her loss. She started again with a project she was passionate about — a project that felt right.

While talking about failure isn’t as glamorous, it is equally (if not more) important. Julia, for one, does not and will never buy into the “failure is not an option” mantra. She urges society be more accepting of failure in the entrepreneurial world. By Julia’s thinking, to have tried and failed is not defeat for those who never try. But to never try is to never know success.

At the end of her Upper Street experience, armed with new skills and knowledge, Julia decided she was ready to put everything she learned to use for her next entrepreneurial venture. Within two months of closing Upper Street, Julia had set up her new business.

Today, she is the CEO and Founder of Enter The Arena, an equity fundraising advisory business working exclusively with women entrepreneurs. She brings her expertise and proudly shows her scars to help other entrepreneurs succeed. The name is derived from a Theodore Roosevelt quote, which she believes encapsulates the entrepreneurial spirit:

“The credit belongs to the man who is actually in the arena, whose face is marred by dust and sweat and blood; who strives valiantly …  If he fails, at least [he] fails while daring greatly so that his place shall never be with those timid souls who neither know victory nor defeat.”