Making a Case for the Metaverse and Web3 in Entrepreneurship 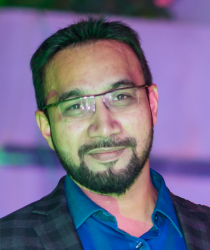 Alekh Barli
Cofounder and CEO at Santa Browser
Alekh Barli is the cofounder and CEO of Santa Browser. A leader, Internet innovator, investor, and technology pioneer, he has been building sustainable companies by bringing in the right mix of people together. His previous bootstrapped startup on robotics and AI was acquired by one of the largest workflow companies in the U.S.

Daily work calls made with augmented holograms. Meetings held in immersive metaspaces. We’ve seen a lot of this in science fiction. No doubt, one day we might have full blown alt-worlds, but for now, that future stands in a galaxy far far away.

Jokes aside, some realities cannot be escaped and inklings of these new environments are creeping into everyday business. Given the potential possibilities of VR/AR and Web3, it’s very easy to find yourself getting carried away. Whether it’s with dread or excitement, time will tell.

Let’s first take a good look at what the metaverse and Web3 really mean, because they are two different things, despite being often grouped together. Knowledge and use of both in tandem will be the key to the promise of Web3 and the benefits of using it for your own creative or business endeavors.

Free Download: The Definitive Guide to Technology for Startups

The metaverse and virtual reality

When people think of the metaverse, they usually think of immersive virtual reality environments and headsets, either games like Fortnight or like Beatsaber on Oculus Quest. And general use of the metaverse has largely spiked due to the pandemic, as well as the popularity of Facebook and its gambit on renaming itself Meta. But the metaverse has been around for a bit now, mostly in the form of gaming platforms, thus most VR users tend to fall into the younger demographics (mid 20s and under), while the majority of the working class are somewhat older and are working to familiarize themselves with remote/hybrid work models in general. In fact, Craig Donato, chief business officer at Roblox told the New York Times that said that during the pandemic he spent so much time meeting in the company’s virtual office that upon returning to the physical space, he had to remind himself that he could not do the same things as his Roblox character. “I was like, ‘Gosh, I have to make sure I don’t jump out the window.’”

The metaverse and work

As the world continues to settle into this post-pandemic way of life, many are making efforts to be better prepared. Does this include virtual reality? According to Techjury, “78% of Americans are familiar with VR technology now,” which means that it has the potential to penetrate everyday worklife, and is already doing so in a significant way. If we think of this in terms of collaborative environments, VR has the potential to unite very disparate groups of people and significantly reduce the perceived distances between everyone working on a project. Not to mention that it has potential benefits for training and company culture, and the ability to collaborate based on a global, as opposed to geographic location.

It’s also worth noting, when thinking about uptake, that VR is not just used for gaming, and has already been extensively used by the military, sports, mental health and medical fields, often for training purposes. As we realize the potential, it grows, particularly due to the current remote working trends. Ultimately, it will transform every aspect of our lives.

Meetings in the Metaverse: A Step-By-Step Guide to Creating a Virtual Office

Web3 as a metaverse conduit

Despite some misconceptions, Web3 is not just blockchain and crypto. Nor is the metaverse just virtual reality. But Web3 and the metaverse are certainly complementary concepts with a great number of applications that leverage the benefits of both technologies. Particularly when it comes to portability and provenance of assets.

Web3 is still in its early stages. While there’s still so much you can do right now, it pales in comparison to what we expect to accomplish with it. In the meantime, it is a patchwork of platforms, services and development environments. Ones that still offer experiences ranging in a spectrum between half-decent to amazing. So… should you wait for the latter to become the norm before deciding to dive in?

Beginning to explore and experience now means not just understanding what is being built, but even having a say in how it develops. Because it won’t be advertisers, government agencies or tech giants who control the next iteration of the internet. It will be the users. And the more users begin experiencing Web3 today, the more they can help build it into something far better than Web 2. Creating the metaverse, or doing business in/with the metaverse is a chance to correct what the creators of the internet got wrong and some say that the key to that is blockchain technology.

In the end, we need to ask ourselves, WHY embrace Web3 and the metaverse?

To figure out HOW to embrace Web3 and the metaverse, first figure out what speaks to your value proposition as it could be applied to almost any use case, from retail to gaming to business operations, company culture and socialization.

And overall, remember that Web3 and the metaverse are evolving prospects that will grow and change as it seeps into daily life, and that we are still in the process of dealing with the bad actors. But the opportunities abound for a whole new way of doing things.

Author
Alekh Barli
Alekh Barli is the cofounder and CEO of Santa Browser. A leader, Internet innovator, investor, and technology pioneer, he has been building sustainable companies by bringing in the right mix of people together. His previous bootstrapped startup on robotics and AI was acquired by one of the largest workflow companies in the U.S.
Comments by Vanilla 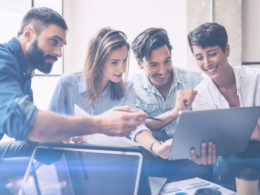 Marketing and growing your brand are two of the biggest challenges when running a startup. In the earliest stages of your company, you don’t have a lot of money, can barely say you have a... 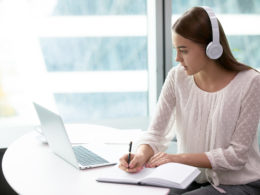 How To Support And Engage Introverted People In Remote Teams

The combination of introversion and remote teams can be daunting for both the employees and their team leaders. While many understand that they should not ignore this situation, it can be challenging to know where... 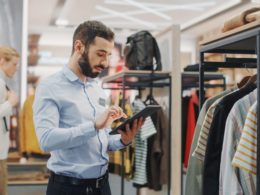 How Small Businesses Can Enhance the Customer Experience

It is difficult to overstate the impact that the rise of e-commerce has had on the customer experience. From pre-purchase to post-purchase, and everything in between, the digitization of business has helped to make the... 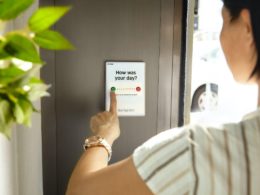 Using AI To Identify Pain Points in Your Startup’s Onboarding

You may have the best product in the world, and your company’s service may be second-to-none. Unfortunately, that doesn’t guarantee the success of your startup. As every seasoned entrepreneur knows, businesses live and die by...
[class^="wpforms-"]
[class^="wpforms-"]