Metaverse for Dummies: How Can You Play Along? 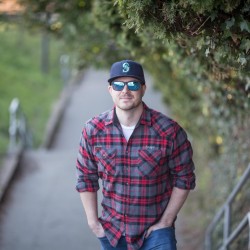 What makes the metaverse so attractive is its unique promise to create a place where users can connect with others through a virtual, shared universe. But what is it and how can you join in?

“We’ve gone from desktop to web to mobile; from text to photos to video. But this isn’t the end of the line,” Facebook founder Mark Zuckerberg wrote in a letter to his employees. “The next platform will be even more immersive—and embodied internet where you’re in the experience, not just looking at it. We call this the metaverse, and it will touch every product we build.” Facebook (now Meta) is putting some of the brightest engineering minds in the world to work on this project. They’ve acquired virtual and augmented reality companies, hiring over 10,000 new team members and backing this innovative initiative with tens of billions of dollars.

More than just a name change for Facebook, a metaverse is defined as a network of 3D virtual worlds focused on social connection. For an application to qualify as a metaverse, it must meet the following requirements: be massively scaled, interoperable, real-time rendered, 3D virtual worlds, synchronous, persistent, have an unlimited number of users, individual sense of presence and continuity of data. Facebook plans to bring this idea to life thanks to its developers and pave the way for other companies to jump on as well.

Through the increasing use of technology, there’s an added blur to the borders of reality and distance, bridging the gap between humanity and technology. The metaverse allows users (portrayed by avatars) to create a digital life with wealth, socialization, productivity, shopping and entertainment.

The metaverse in books and movies

The term metaverse can be traced back to Neal Stephenson and his dystopian cyberpunk novel “Snow Crash.” In the book, the metaverse is a 3D virtual reality space accessed through personal terminals and virtual reality goggles that have a lot in common with the Oculus Quest and other VR headsets.

What can you do in the metaverse?

So we’ve all heard of it, but what exactly does the metaverse open doors to, and what does it enable users to do? In the metaverse, users will be able to build on wealth, for example, by owning and trading property. Once the virtual property is purchased, it will be assigned to a particular user and unavailable to other players as long as that specific avatar owns it. Plots of virtual land can be bought or rented, just like in the real world. These properties can be sold or traded to other users, just like in the physical world, to build an economy in the metaverse. Key industry players also predict that this digital world will significantly impact our socialization and even professional lives. Bill Gates noted that he believes all work meetings will take place in the metaverse in the next few years – elevating remote work.

On that note, creating a special digital economy will require real-life companies to advertise in the metaverse. Strategies can vary from displaying the company logo when purchasing and trading land to organizing events creating crossovers between franchises, all in the hopes of easily engaging with users. This clearly represents how shopping, interaction and marketing habits will drastically shift to be part of the metaverse.

While this idea may take some getting used to, the ability for users to roam free and build what they want in a digital world is not new. This freedom is part of the reason for the success of games such as Minecraft and Roblox. Users will be able to live, interact, work and study in the metaverse just as they would in other virtual spaces – with just as much if not more freedom.

The metaverse and the tourism industry

There are many creative ways to elevate the tourism industry using the metaverse. Simple processes such as choosing accommodations can be significantly enhanced by leveraging the metaverse. Imagine booking a hotel room, but instead of just scrolling through site pictures, you are able to virtually walk through a 3D version of the room. A 3D walkthrough could give travelers a firsthand immersive experience of hotel rooms, decor, and amenities that static images are unable to deliver. It also would give guests more confidence in their hotel booking process as well as increase direct booking and conversion rates. Utilizing AR and the metaverse is a great way for companies in the tourism industry to stay ahead of their competitors.

Disney has also announced that the company will create its own metaverse. Disney CEO Bob Chapek is quoted saying, “Our efforts so far are just a prelude. We hope to connect the real world and the digital world more closely and allow fairy tales to be told freely in our own Disney Metaverse.” This opens up many opportunities for tourism and the metaverse to merge since Disney is a tourism industry giant. The appeal of going to a Disney Park in the metaverse is exciting. There will be so many new and creative activities to experience, all without the long, time-consuming lines. COVID especially has forced tour guides to adopt AR solutions to adapt to the new pandemic tourism industry. Social Bee is a great example of an application that incorporates AR into a personalized tour experience. With Social Bee, travelers can use AR to experience new cities in a totally new and creative way. Social Bee is also a great way for tour guides around the world to dip their toes into incorporating AR into their tours.

How much control will Facebook have over the metaverse?

In a statement by Facebook executives Andrew Bosworth and Nick Clegg, it was relayed to the public that “Meta (formerly Facebook) is not going to build, own, or run the metaverse on its own. We are starting conversations about our vision for the metaverse early before some of the technologies even exist. We’re discussing it now to help ensure that any terms of use, privacy controls, or safety features are appropriate to the new technologies and effective in keeping people safe.”

Facebook also added that it doesn’t want to be the only platform developing the metaverse. “This won’t be the job of any one company alone. It will require collaboration across industry and with experts, governments, and regulators to get it right,” Bosworth and Clegg stress. Facebook’s metaverse idea isn’t new; plenty of other companies, such as Roblox, Nvidia and Microsoft, have also been building virtual worlds with virtual or augmented reality tech. Facebook’s push toward building the metaverse will hopefully create a domino effect and spur more companies into working on the project.

The exciting venture begins with Facebook leading the charge toward the metaverse, pushing other platforms and social elites to help build this digital world. The virtual world will be for users worldwide and have multiple companies developing parts of the online world. It won’t be up to just one company to create a safe and virtuous metaverse, but it will take all of us.

Author
Jason LaBaw
Jason LaBaw is the CEO and founder of Social Bee, a Seattle-based augmented reality platform that brings the tourism experience to the next level.
Comments by Vanilla
Previous Article

WJR Business Beat: Brand Image and Trust Are No. 1 To Consumers (Episode 357)