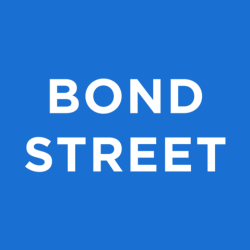 It often seems as though people treat debt like they do the plague: a nasty state of negative balances that should be avoided at all costs. But debt is less of an enemy and more of an unsuspecting ally that may just be the thing you need to really get your business growing.

How exactly can you use debt to grow your business?

The sky’s the limit. Small business owners across the country have taken on debt to finance a wide variety of operations like expanding their team, opening new locations and purchasing inventory and equipment.

In fact, a study by the U.S. Chamber of Commerce Foundation revealed that 53 percent of small business owners recently relied on debt financing to keep up with investments and grow their businesses.

Simply put, small business debt has the potential to be very valuable. It’s just about being smart with how you use it. Debt involves borrowing a fixed sum from a lender, which is then paid back with interest at a future date.

Related: Does Outstanding Debt Affect Your Ability to Borrow?

Perhaps it’s the paying people back bit that worries business owners. Or, it may be the fact that many entrepreneurs have either struggled with or carefully avoided maxed-out credit cards, crippling student loans and sketchy mortgages. But, at one point or another, the vast majority of businesses are going to want (and likely need) more capital than they have accessible to grow.

In these nearly inevitable situations, debt can be a godsend for entrepreneurs. You can choose how much you borrow, and can more or less do whatever you want with the added capital. However, before taking on debt, it’s important to ask yourself: “Would this expenditure have a positive ROI and help grow my business?” Expenditures you can expect a positive ROI from include hiring employees, opening new retail or office space, buying important equipment or inventory, refinancing debt and smoothing out short-term fluctuations in cash flow.

With the level of control people have over borrowed capital, it’s no wonder that small business owners borrowed over $1 trillion in 2013 alone, according to data from the U.S Small Business Administration.

Debt financing has become more or less ubiquitous in the growing world of startups and small businesses, but it is by no means a one way path to success. There are several different options that fall under debt financing, so keep in mind which forms may be right for you.

Term loans are the most common form of debt financing available, in which a monetary loan is repaid over a set period of time, usually anywhere between one and 10 years. But there are also small business administration loans that provide up to $5 million with term rates of up to 25 years, merchant cash advances for quick funding, startup loans, business lines of credit, accounts receivable financing, construction loans, peer to peer loans and personal loans.

Taking on debt has allowed countless entrepreneurs to grow and expand their businesses in ways not otherwise possible, but it seems like debt still has a bad rap. In part, this is because debt, like most things, is only good in moderation.

You do not want to overextend yourself or borrow more than your business can afford, so it is important to plan in advance how to manage and allocate debt, as well as to consolidate loans whenever possible to reduce monthly costs.

Oftentimes, business owners express concerns over APRs (or annual percentage rates), but a higher interest rate doesn’t always mean it’s the wrong decision, given that you understand the cost of capital and how your business will generate additional funds by taking out the loan. Debt has such negative connotations that we’ve been hearing about our whole lives, but it’s actually the tool that is used most by entrepreneurs to unlock growth.

Why Market Research and Competitor Analysis are Essential When Starting Up

Roles, Goals and Worries: A Simple Framework for Understanding Your Audience