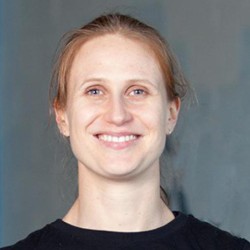 Emily Friedel
Contributor at StartupNation
Emily is a freelance writer who covers topics ranging from personal finance to neuroscience, and everything in between. She especially enjoys making dauntingly complex topics easier to understand. Emily lives in the Australian countryside with her family and three lovable mutts. She can frequently be found chasing after her toddler, communing with her honeybees and creating stop-motion animations.

Iwein Fuld, CEO and co-founder of StarterSquad, knows a thing or two about building and managing remote teams. He has created, worked on and led remote teams for multi-billion dollar software companies to startups on a shoestring. He has learned through experience that whether the client is big or small, all remote teams face some common challenges.

“Whether I was working for high-end companies like Xebia and Capgemini or working as a freelancer for a startup, I saw exactly the same things go wrong,” Fuld said.

StarterSquad itself was the result of one of the common problems Fuld encountered working with teams of freelancers: when a project ends, the team that had taken so much time and so many resources to put together simply dissolves. In the case of StarterSquad, the project ended when the client prematurely ran out of funds.

“When I had built the team of freelancers, the startup ran out of money and then it was a matter of letting the team fall apart. I thought, ‘Well let’s just find a client for this team instead,’ and that’s where it took off,” Fuld said.

When it began in 2013, StarterSquad was made up of just eight people dotted around the globe. Since then, it has grown into a highly successful remote community of around 50 freelancers and entrepreneurs who provide a range of services to startups including validation, funding, design, software development and growth hacking.

In 2015, StarterSquad also launched its Squads platform, which now has over a thousand software developers working in remote, self-managed teams that are matched to clients based on their needs.

Below, Fuld shares some of the things he has found to make remote teams more cohesive, more productive and happier – and the success of both StarterSquad and the Squads platform are solid evidence that they’re very effective. Best of all, these tips can be easily implemented to make your own remote team a strong one.

Trust is a must

Being able to rely on your team members, feeling comfortable expressing yourself candidly and providing support for one another are essential elements for a great team. Without trust, there is no team.

“Whether you’re a remote team or a co-located team, the most important thing is trust. If you don’t feel comfortable that you can speak about your fears, your doubts and your uncertainties, then you’ll try to play a role, and you’ll not be the best version of yourself,” Fuld said.

“Everybody needs to be confident that if they’re truly themselves, other people will accept it. If you can create an atmosphere where people know they’re in this together, and they’re going to pull through this together, then any problem is a solvable problem. And if people have an incentive to blame somebody else for something that goes wrong to avoid taking the blame themselves, then this trust goes away, and there is no more team.”

Fuld knows firsthand that human connections within remote teams are not only possible, but crucial: he didn’t meet his StarterSquad co-founder, Dmitry Evseev, in person until more than a year after they’d begun working together. By that stage, they’d already incorporated their company and done a quarter of a million euros in revenue together. When they did finally meet in the flesh, Fuld says it was like meeting an old friend.

“If people are co-located, they have these serendipitous meetings at the coffee machine or at lunch or when they take their break, and they talk about things not related to work and form some sort of connection. Sometimes they even go on holidays together – it’s not strange for a group of employees to go skiing. When people work remotely, they seem to think it’s harder or stranger to do things together or to have those kinds of conversations,” Fuld said.

“The thoughts you have in your head aren’t confined within your skull, and if you can let those thoughts escape as language and expression, and you can communicate with someone across the globe, then why is this distance making a fundamental difference between sitting together and having a cup of tea?”

Provide incentives to work as a team

When Fuld was working with the team of remote freelancers that later became the core group of StarterSquad, he encountered a common problem: the client was paying individual freelancers at different times, which can lead to team members being more inclined to look out for themselves rather than the team as a whole.

“I created a situation in which everybody had an incentive to make the other people more productive, which was actually quite hard because the end customer was paying everybody separately. This meant he could at some point choose to pay one person but not the others, and that’s a very dangerous thing,” he said.

Fuld’s solution was to convince the client that the team should be paid all at once.

“I just told the customer, ‘You set a budget for a week, then pay it up front because you trust us, and at the end of the week if you don’t get what you expected, we’ll pay it back.’ That way if we don’t give the customer what the customer expects, nobody gets paid,” Fuld said.

This all-or-nothing payment arrangement worked so well that StarterSquad implemented it for teams using the Squads platform.

“Freelancers that form a team either all get paid or nobody gets paid, there’s no middle ground. That makes a team by default. In the end, it’s the trust relationship between the whole team and the customer that will pay the bills.”

Get everyone in one (virtual) place

For Fuld, having a single virtual meeting place as an entry point for a project is more important than the particular tool used for team members to share information. Fancy software isn’t essential for a team to work effectively together online. In fact, in the early days of StarterSquad, the group simply worked as sole proprietors with a spreadsheet to communicate.

The team of remote freelancers that went on to become StarterSquad was made up of great people, according to Fuld, but it wasn’t an unusually special group – it was a team he built with the tools he had available at the time.

“There were some pretty awesome people in the team, but to be fair, it was just a team,” he said.

This means that creating an equally successful remote team is well within everybody’s reach, and the way you manage the team and the interactions between members are crucial for its effectiveness and productivity.

Author
Emily Friedel
Emily is a freelance writer who covers topics ranging from personal finance to neuroscience, and everything in between. She especially enjoys making dauntingly complex topics easier to understand. Emily lives in the Australian countryside with her family and three lovable mutts. She can frequently be found chasing after her toddler, communing with her honeybees and creating stop-motion animations.
Comments by Vanilla