Your Playbook For Success Means Understanding Your Workplace Rules 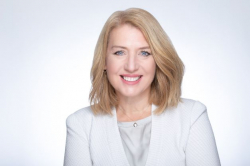 Liz Wiseman
Liz Wiseman is a researcher and executive adviser who teaches leadership to executives around the world.She is the author of New York Times bestsellers and the CEO of the Wiseman Group, a leadership research and development firm headquartered in Silicon Valley, California. Some of her recent clients include: Apple, AT&T, Disney, Facebook, Google, Microsoft, Nike, Salesforce, Tesla, and Twitter.Liz has been listed on the Thinkers50 ranking and named one of the top 10 leadership thinkers in the world.

This is a modified excerpt from “Impact Players: How to Take the Lead, Play Bigger, and Multiply Your Impact” by Liz Wiseman. Copyright 2021 by the author and reprinted by permission of Harper Business.

Impact Players seem to understand the rules of the workplace better than others. They figure out the unwritten rulebook – the standards of behavior that one should follow in a particular job or organization. They tune into the needs of the organization and determine what’s important to their immediate colleagues; they figure out what needs to get done and ascertain the right way to get it done.

This rulebook is unwritten—not because managers are secretive or no one has bothered to publish it, but because these rules are also tacit for most managers, held a level below conscious awareness. Many of the managers we interviewed commented on how much they had learned during our interview. Answering our questions helped them articulate for the first time the subtle differences between the Impact Players and others on their team as well as the behavior that creates value verses the behaviors that create friction. Many managers realized they had never shared this vital information with their team. Many vowed to remedy this. The point is, the rules are tacit for everyone – except those who make an effort to discover them and share them.

So, what do organizational leaders value most? Managers want their staff to make their jobs easier—to help them lead their teams and be self-managing wherever possible. They need people who can think for themselves and step up to a challenge. They value compliance less than the success literature would have you believe and collaboration more than might be indicated in official corporate value statements. In reality, managers want people to help them find solutions and foster teamwork.

When Impact Players figure out these invisible rules and understand what their stakeholders value, they build credibility.

When Impact Players figure out these invisible rules and understand what their stakeholders value, they build credibility. Their leaders are delighted and eager to support them, and they expand their impact potential. Consider how each of these managers describes one of their Impact Players.

Managerial insight helps you build trust and alignment with your stakeholders – because once you know what’s valued within your organization and what the leaders around you most appreciate, you have a playbook for success. Furthermore, when managers share their rulebook, everyone on the team can play at a higher level.

While it wasn’t surprising that the most impactful professionals figured out the invisible rules, it was alarming to learn how many capable people were consistently missing the mark. These were smart, talented, and hardworking individuals, but they seemed to misunderstand what their leaders considered valuable and miss the subtext in the workplace norms. The typical contributors were often delivering a solid performance, but it would go unnoticed or fall flat as if they hadn’t read the grading rubric before submitting their assignment or consulted the judging criteria before choreographing their routine.

While it wasn’t surprising that the most impactful professionals figured out the invisible rules, it was alarming to learn how many capable people were consistently missing the mark.

These professionals who were missing the mark were well intended but misguided. They were doing what seemed valuable, either because it had been important in the past or because it was widely touted as the way of the future. But many of these work practices were counterfeits – an illusion of value lacking real substance. I call these Value Decoys – professional habits or beliefs that seem useful and appear appreciated but that erode more value than they create. These are shiny objects that distract us from contributing in authentically valuable ways.

We saw some people tripped up because they were playing by an outdated rulebook. Some were so diligently doing their job that they overlooked the real work to be done – the job that no one officially held but the work that the organization most needed.  This workplace etiquette taught people to be diligent, vigilant, and unflappable. But, as the environment changes, simply staying in our lane can sideline us. While these professionals were trapped by playing by the old rules, others were misunderstanding the new rules of a modern work culture. They saw that the game was changing, and that the workplace now valued innovation, agility, engagement, and inclusion. However, they missed the subtleties and subtext in the rules; they didn’t realize, for example, that “experiment and take risks” does not include crashing a production database or that “be your authentic self” doesn’t mean burdening your colleagues with way too much information. They missed important signals because they were over-anxious, over-teaming, and deeply engaged to the point of obnoxiousness. Essentially, they were over-playing and over-contributing.

This brings us to a central insight: We can under-contribute by over-contributing. We can deliver too little value while working extremely hard. Whether we get tripped by the ambiguity of new mores or the sacrosanctity of old rules, we end up doing great but irrelevant work. Yet, it’s easy to miss the decoys when we are stuck in our own head, not seeing beyond our own perspective. We may be expending significant force but the vector of our efforts is off target.

Impact Players more easily spot these counterfeits because they don’t assume what is valuable to them is valuable to others. They look beyond themselves and define value through their stakeholder’s eyes. They discover what is important to their bosses, their clients or their collaborators, and they make that important to them. By targeting their efforts where the greatest number of people benefit, they increase their impact and influence. While others are managing their brand, Impact Players are building a reputation as a player who is easy to work with and can be counted on to deliver when it matters most. While others may be trying to change the world, Impact Players are actually doing it. They start by changing themselves, continually seeking input and adapting to ensure they hit the mark. With the Impact Player Mindset, they escape the traps of old-school thinking and avoid new-age detours.

What Makes an Impact Player and How You Can Be One, Too

“Impact Players” can be purchased via StartupNation through the link below.

Author
Liz Wiseman
Liz Wiseman is a researcher and executive adviser who teaches leadership to executives around the world. She is the author of New York Times bestsellers and the CEO of the Wiseman Group, a leadership research and development firm headquartered in Silicon Valley, California. Some of her recent clients include: Apple, AT&T, Disney, Facebook, Google, Microsoft, Nike, Salesforce, Tesla, and Twitter. Liz has been listed on the Thinkers50 ranking and named one of the top 10 leadership thinkers in the world.
Comments by Vanilla