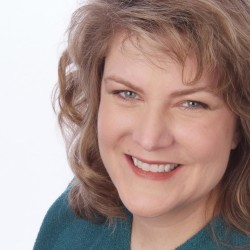 Think about this: Veteran’s are Employees Willing to Take A Bullet for Their Last Employer. In 2011 the International Franchise Association started VetFran, a program to recruit military veterans and returning wounded warriors.

Today VetFran is a network of IFA members that offer financial discounts, training, mentorship and other incentives for veterans and military spouses. IFA’s franchisors usually offer discounts on franchise fees, reduced royalties and credits on marketing and other materials needed during startup. Suppliers usually offer discounts on services to veterans and veteran franchisees.

To improve and streamline the franchise ownership process, IFA serves as a conduit between Veterans and participating franchise systems. IFA does not engage in negotiations, nor does it provide financing or financial guidance. However, many franchise systems offer financing, while others help prospective franchisees locate the necessary capital to acquire a franchise. Learn more.

Since its inception, VetFran’s ranks have grown to include more than 500 franchise systems that voluntarily offer financial incentives to Veterans seeking to become franchise small business owners.

Due to the wide variety of franchises, the criteria for financial incentives is determined by the franchise system in a manner that allows the greatest flexibility for the system and, at the same time, offers Veterans a better deal than is offered to otherwise qualified investors. Typically, VetFran participants offer discounts of their initial fees, but that is not a requirement. Through VetFran, more than 6,300 servicemen and women have become franchisees—and, more are being added every month.

According to SBA office of Advocacy, Veterans are:

According to the Veteran Census taken in 2013

Launching a business in today’s economic landscape isn’t for the faint of heart. But for many returning U.S. military members, it’s an increasingly appealing option given the dearth of employment opportunities for those who serve. About in one in seven veterans is self-employed or a small business owner, according to the U.S. Small Business Administration.

Studies have shown that veteran-owned businesses are twice as likely to succeed as civilian-owned ones. One statistic in particular helps explain why: When given a choice, nearly 7 in 10 consumers would prefer to shop at a veteran-owned business rather than one owned by a non-veteran, according to the National Veteran-Owned Business Association.

That kind of instant credibility and consumer affinity is hard to come by. The challenge for veteran entrepreneurs is learning how to utilize their record of service and sacrifice in a business setting. Some are shaky when it comes to self-promotion, while others aren’t even sure why their veteran status is important.

But make no mistake: learning to harness the power, positivity and unique programs associated with military service can make a world of difference for veteran small business owners.

Special thanks to the International Franchise Association’s for inviting StartupNation to their annual convention and  Jon Rucker, US Air Force (Retired) & Military Program Manager for Snap-on Tools. Mr. Rucker is also a VetFran Committee Member and Certified Franchise Executive, IFA who spoke at the annual convention on this topic.

Author
Melissa Fisher
Melissa Fisher is a startupologist who works with companies as an interim CEO, COO or CMO during expansion phase growth. Today she serves as managing partner at Peak Road Partners, an elite network of C-level executives that help companies reach peak performance and profitably by providing interim executive placements and consulting.
Comments by Vanilla
Previous Article

Profitable Products: How to Design It Right 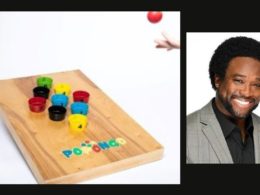 On today's Business Beat, Jeff Sloan shares NerdWallet's list of grants specifically for women entrepreneurs. If you're a woman or if you know a woman who wants to start or grow their business, but is in need of capital to get it really rolling, check out these grant opportunities and others. Tune in to the...
This website uses cookies to improve your experience. We'll assume you're ok with this, but you can opt-out if you wish. Cookie settingsACCEPT
Privacy & Cookies Policy