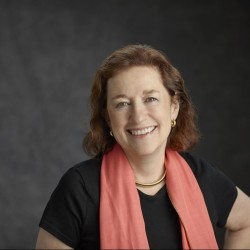 Here’s a fantastic article from our friend Julie Anixter at Innovation Excellence:

If Only We Could Have Seen The Walgreens-Entertainment Deal Go Down!

How would you feel if your good friend was going on the Celebrity Apprentice?  Shock, fear, surprise, joy, mild anxiety coupled with great anticipation?  (Many of the same emotions it’s worth noting that often appear in the work of birthing new ideas.)  When Dean DeBiase announced to me that he’d be appearing – with Melissa Fisher, his CMO/COO on behalf of their company, Entertainment Promotions, I was so triggered into multiple states of response that I could only turn for comfort to what former celebrity therapist turned perfumer Mandy Aftel once pronounced:  “Genius is being able to hold conflicting feelings simultaneously!”  And I’m not talking about ME.  I’m talking about HIM. That may just be the genius of Donald Trump and his reality series. He inspires a Rainbow Room of emotions and the American public cannot stop engaging in his brand of Entrepreneurial Personality-Driven Entertainment, and he and his family just keep serving it up!

Dean DeBiase, Chairman and CEO, and Melissa Fisher, Chief Operating and Marketing Officer, appeared in a segment during the season introducing a challenge related to the recently launched Entertainment.com™ Savings Membership, an all digital membership featuring online and mobile coupons.   They seemed to be having fun.

We often counsel clients that “immersions” in new realities are a real way to get closer to the target audience and stimulate new thinking.   As I immersed in the truly surreal two-hour Celebrity Apprentice last night for the first time, I wondered how much of this circus was spontaneous and how much was, er, guided?  But to paraphrase Dalton Ross from EW.com you can’t make this “You weren’t dreaming — you were having a nightmare!” stuff up!

I so wished for the hidden mini cam filming the real backstage goings on.  It was two hours of fast prototyping (in their case the task was a television ad for entertainment) on steroids, over the top language and visceral collaboration that ended with the ceremonial “you’re fired!” from the great Donald, supported with hard hitting probes from two of his well heeled, steely-eyed multi millionaire offspring.  (“Did you really say that Lou?”)

Then I realized – hijinks aside, I already know the most important stuff that happened:

That deal got done with lightning speed because…and here is one key insight for innovators – not that they happened to bump into each other and but because they were opportunistically READY.   I can’t help but think that the patina and pulse of Casino-esque Trump empire contributed to their willingness to take some risks.

The Walgreens-Entertainment deal represents a great win for both companies.

In this highly publicized, Boardroom gladiators meet human celebrities atmosphere it’s not surprising that a new idea rocketed into public view. These Celebrity Apprentice people have no time to waste!  The public is waiting!  And they’re hungry!  And they want MORE!

Entertainment was able to quickly move to an alliance with the retailer and announce that its Entertainment.com™ Savings Membership, an all digital membership featuring online and mobile coupons, will be exclusively launched in Walgreens stores nationwide and all Duane Reade drugstores beginning in April.

Walgreens will carry the digital membership in the form of a pre-paid card available at all of its more than 7,800 stores, as well as all Duane Reade locations in New York and New Jersey. Video News Coverage.  Introduced in 2011, the Entertainment.com Savings Membership is an all digital alternative to the iconic Entertainment® Book Membership. Together the products provide consumers with a choice as to which type of savings membership they prefer from Entertainment, allowing them to save anytime, anywhere and any way they want.

This deal was done literally backstage, when Dean and a Walgreens executive started bantering back and forth.

That it happened in record time, because it was intuitive and probably blindingly obvious is NOT par for the course in corporate America.  That’s a credit to decisiveness of the two companies.   That it now gets imbedded in their shared narrative of the Celebrity Apprentice makes it memorable.

And the five other kinds of innovation last night’s episode represented:

How do you go up against Groupon, Google and Living Social if you’re Entertainment.com?  Not with your checkbook, that’s for sure, but with your wits!  Securing 9 million consumer eyeballs, the NBC promotion machine, and two brand new home-made commercials (by one of those New Jersey Housewives no less!) that while if not used, certainly will linger, was a perfect guerilla tactic.

And what better way to launch your mobile app then on Easter Sunday night after the last ham has disappeared and everyone’s settling in for some entertainment between the Masters and Mad Men?  I’m a big believer in the learning by doing, show the phenomenon school of communications.  Both commercials’ stories demo’ed the convenience of the mobile app, in the time honored context of love, lust, and parental overreaction.

Celebrity Apprentice, the Apprentice franchise, and Mr. Trump’s cultural zeitgeist may or may not appeal to you, but there are millions of other people who care.  Judging from the spirited debates on TMZ and Huffington Post Entertainment, this no holds barred competition enthralls the masses.  If you’re a mass, entrepreneurial brand, particularly one that appeals to all the coupon, discount and promotion mavens and Mom-pretreneurs who want to be helped to go into to business for themselves, this is a pretty perfect mashup.  Not to mention all the new merchants for whom you just became a household name.

Done on the fly.  Because they could.  Because it made sense.  See Walgreens deal above.

This was clearly a marketing innovation and coup for DeBiase, Fisher and Entertainment.com.

Entertainment.com is changing the discount and coupon industry by offering consumers a variety of options that allow them to save anytime, anywhere and any way they want.

“Being able to show our new all digital Entertainment.com Savings Membership, mobile app and even mobile coupon redemption on the show was….priceless” said  DeBiase.

According to Melissa Fisher, “What makes Celebrity Apprentice an ideal platform for brands is not only the huge audience it reaches, but the way it engages people with brands as few platforms can.  People who watch celebrities take on challenges in hopes of benefitting their charity get very involved with that brand.  They begin to take ownership of it – have a vested interest in it.  And that’s a very powerful benefit More importantly, it’s a very innovative show in the way that it brings consumers into contact with the companies it features – and that is so important for an innovative brand such as ours.”

This line up of innovations made Entertainment’s participation on the show a natural.  It’s great representation for Michigan through a homegrown business and a lot of fun.  Fun, different, and ideally, profitable.

Did You Lose Money with PR and SEO?