How Getting Sued Helped HireAHelper Grow Its Business 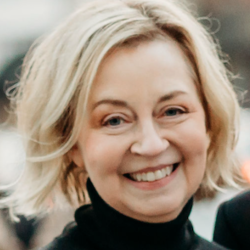 It was 2008 and Mike Glanz, CEO and cofounder of HireAHelper, had just grabbed a quick lunch at the burger chain Carl’s Jr. The entrepreneur and recent college grad was busy growing a company that matched homeowners with moving companies when a man stopped him in the parking lot to deliver a package no business owner wants to receive: it was an envelope containing legal papers; Glanz was being sued by his competitor U-Haul.

“It was a very unreal feeling,” says Glanz. “The lawsuit was literally a ream of paper thick. My stomach started churning.”

While there were several claims, U-Haul’s main complaint was that HireAHelper had used its trademark term “moving help” to grow its business.

“For us, the term was descriptive, and we felt this didn’t require a lawsuit, it required a phone call,” says Glanz. “We later realized U-Haul wasn’t interested in the term; they wanted to put us out of business.”

The idea for HireAHelper came to Glanz and his partner, Pete Johnson, while the pair were students at California Baptist University: “Amazon had changed how we buy products online, and we wanted to do something similar for services,” explains Glanz. “We thought we could inventory the availability of service providers.”

The friends talked about starting a company – maybe even becoming millionaires – and got to work on the idea. They built a website where customers could shop for a local mover and book the service online with three quick steps. They also signed up a network of more than 1,000 moving companies, aggregating information on availability and pricing.

“They were filing motions for things they had no chance of winning,” says Glanz. “But it was costing us thousands and thousands of dollars in legal fees to answer each one.”

Glanz and Johnson had originally raised $150,000 from friends and family to start HireAHelper, and some of the funds had come from a second mortgage Glanz’s parents’ took on their home. When the lawsuit came, the pair had about $60,000 in the bank.

“Our legal bills were $10,000 a month and it wasn’t something we could handle indefinitely,” says Glanz. “It was scary watching the tiny amount of money had left dwindle down. It was the worst expense any business owner could ever incur.”

Sitting down with his investors and partner, Glanz had to make a decision: Give up the company now and never get the money back or fight.

“There was no easy way out,” Glanz says. “The only choice was to move forward, grow the business and outgrow the legal bills. We needed to make $8,000 to $10,000 each month, which at the time meant doubling our revenue. We became slaves to our company.”

The first year of the 36-month ordeal was the worst, says Glanz. HireAHelper cut expenses and focused on projects that would have an immediate return on investment. January and February of 2008 were especially tough because moving slows in the winter and the housing market was collapsing. Glanz got a consulting job and Johnson manned the phones from 6 a.m. to 2 p.m. In the afternoon, Glanz would take over the phones, and Johnson, an expert card player, would play poker to earn winnings. The partners moved in together to cut living expenses, and their lawyer agreed to payment terms on their legal bills.

Eventually the motions came to arbitration, and several were thrown out. The final issue was the validity of the trademark. “U-Haul ended up calling us and we settled for what we would have given them in the beginning,” says Glanz.

While the pair was confident they would have won the final claim, Glanz and Johnson decided to take the safe bet and settle, agreeing to not use their term.

“It wasn’t worth risking the company over what a jury, arbitrator or judge might decide,” says Glanz. “We couldn’t have had a better case, but it wasn’t worth the risk. It’s always better to just know that you’ll be in business the next day.”

Glanz says the experience taught him how to make hard and focused decisions: “It honestly felt like we were running our business on training wheels,” he says. “We couldn’t experiment because we couldn’t screw up. We had to be focused on what would get us to the metric we needed that month.”

Today, HireAHelper has nearly 20 employees and more than $8 million in revenues. The company also has a fierce dedication to focus: “We see other companies roll the dice and try something new, and sometimes they fail,” says Glanz. “When you have something big and pressing coming after you, you have to be relentless in the pursuit of small wins and incremental improvements. We made a lot of sacrifices to run the company, but it paid off in the end.”

On this segment of "The Pre W. Smith Show," Small Business Trends columnist Barbara Weltman talks with Jeff about the insurance coverage options your small business needs to consider. Listen to the conversation on the... 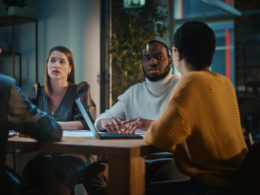