See how one woman’s inspiration turned her into a Lipstick Angel that helps others in need. 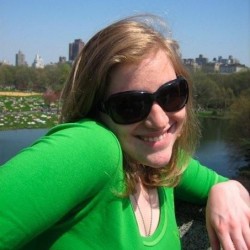 Renata Helfman, Hollywood makeup artist and founder of the nonprofit Lipstick Angels, grew up as a self-proclaimed “beauty junkie,” without any expectation of turning her hobby into a career. However, a casual walk around a movie set in the late 1990s with her then-boyfriend completely altered her professional aspirations once she saw the inside of a makeup trailer and thought, “People actually get paid to do this?” From that moment on Helfman was fully committed to breaking into the industry. “I was just fearless. I was cold-calling makeup artists and telling them I would wash their brushes. I called every single artist [I could find] twice and three times and there was no stopping me. I just didn’t take no for an answer and I worked really hard at my craft,” she recalled, noting that her “first big break” was working on an American Express commercial with Jerry Seinfeld. “It just snowballed from there,” Helfman added with a sigh.

Achieving success in Hollywood, working with industry heavyweights such as Luke Wilson and Molly Sims, prompted Helfman to consider expanding her own brand by exploring the negative affects of chemically-infused makeup. She founded Vert – the French word for green – a natural beauty boutique in 2007 and then Lipstick Angels five years later.

“Vert came out of my own personal need. In my 30s I wasn’t feeling as great as I knew I could. I knew that something was kind of off and had some darker spots on my face. I went to see an internist, and she did all these different panels and my body was over-producing estrogen. [The internist] said a few words that changed my life: ‘Take all the chemicals out of your personal care products,’” Helfman recalled. “I went home and I ‘Googled’ hormones in makeup. I found mercury in mascara and lead in lipstick and I literally couldn’t believe what I was reading! How can there be petrol chemicals and carcinogens in these products? I started quietly cleaning out my home and I started looking and feeling better than I ever had,” she continued.

Although Vert closed its doors in 2010, Helfman doesn’t refer to her business venture as a failure but rather as a learning experience that prompted her to spread the word about natural products and beauty through a nonprofit instead.“I made the mistake of bringing it into the family … having personal friends and family involved is very tricky. As much as Vert was a success, that’s really why it didn’t stay alive [because] there were too many cooks in the kitchen,” she explained. “We were a few years into it and we were very successful but for me personally I realized there was something more that I needed, which has come to fruition with Lipstick Angels,” Helfman continued. “Success doesn’t mean anything if you’re not happy. That’s the truth. I work with celebrities who are ‘gazillionaires’ who are miserable. You have to be able to go to work everyday and enjoy yourself and know that you’re on the right path.”

Lipstick Angels, a fleet of specially trained volunteers who provide makeup services for patients with serious or terminal illness, evolved out of her own volunteer experience at Cedars Sinai Medical Center in Los Angeles. “When my store closed I was re-evaluating my life and it was a really sad time and I thought this was the time to volunteer and get out of my own cobweb and give back. They knew me and my reputation and they stood behind me,” Helfman said of those at the hospital.

Lipstick Angels were dispatched to the Rehabilitation Ward and the Samuel Oschin Cancer Center at Cedars Sinai in 2012 and began services this year at Long Beach Memorial Hospital’s Todd Cancer Institute. “A lot of these chemo wards are in the basement and with this hospital it is completely different. Every bed looks out to the ocean and it’s all about beauty and what our mission is: to promote a positive outlook in patients and help maintain their dignity and identity throughout their hospital stay,” Helfman said of Long Beach Memorial. Only 25 volunteers currently serve as Lipstick Angels due to Helfman’s stringent vetting process. “The most important thing is knowing who you do business with. You have to take your time. It’s about taking the time to understand if there’s a real fit together, an alliance and trust and understanding of what the relationship is,” she explained. “I look into not only people’s past but also take time to get to know them. I’m overly cautious,” she said of the application process. “Volunteers talk on the phone with me and then I tell them to take three days and think about it and if [they] still want to do it, call me back. Then if they call back we have an in-person interview [and then begin extensive training].”

Helfman is seeking funds to expand Lipstick Angels into Tower Hematology Oncology Medical Group of Cedars Sinai and eventually to hospitals nationwide. “Our plan is to get the hospitals involved in fundraising as well so that the money doesn’t just come from friends and grants. Especially in the nonprofit sector, money has to come from all different places. When you get the hospitals to pay a portion of this then they’re more invested too, so everyone feels like a partner,” she explained.

For-profit companies and members of Helfman’s professional network have also jumped onboard with her nonprofit. Lipstick Angels has partnerships with Stand Up to Cancer, City of Hope, The Anneberg Foundation, The Good News Foundation, Tarte Cosmetics, gloProfessional, Amazing Cosmetics, Odactié and Burt’s Bees, which donates two Burt’s Bees Lip Color products to the nonprofit for every two sold. “Companies are finding out about us and want to get involved. We have more companies wanting to donate to us than I can accept,” Helfman said. “It has been magical in that way that all of the people from my past have come into my future and been cheerleaders for this.”

When asked what advice she’d offer future female entrepreneurs, Helfman replied, “Even when you’re fearful, if you’re fearless your dreams will come true. I pinch myself everyday that I can do this for a living.”

8 Things I'm Thankful for as a Business Owner