How Much Stake Do You Feed An Angel (Investor)?

Angel investors bless your business with vital financing, but you need to think hard about what to give up in return. Here

You know your startup will need outside financing – an angel on your
shoulder who blesses you with cash. But you want to keep as much
control of your company as possible. What do you do?

Payne founded the Vegas Valley Angels in Nevada and now is an
entrepreneur-in-residence at the Kauffman Foundation in Kansas City,
Mo. It’s the only large American foundation to focus on
entrepreneurship, and has been at it in depth for more than 12 years.

Angel investors are a good financing option, Payne says, but should be sought
only after the entrepreneur’s own assets and capital are exhausted.
Angels are in the game to be compensated for risk — the earlier they
invest, the higher the risk, and the more equity stake they own in your
business.

Payne gives this example: A startup needs an
infusion of $500,000. Few milestones have been reached. No product has
been sold. Mainly, what the entrepreneur has is a good idea and a good
business plan.

Also on StartupNation.com: Busting the Myths of Small Business Funding

The angel investor makes the $500,000 investment, raising the company’s valuation
to $1.5 million. Since $500,000 of the value comes from the angel, the
angel owns a third of the company.

“During a first round of outside equity financing, entrepreneurs can expect to give up
between 20 percent and 40 percent of the stake in their companies,
depending on the pre- and post-money valuations,” Payne says.

But let’s say your company has been around awhile. You have a prototype,
own a patent or have customers ready to buy your product. Now you need
money for product development or sales and marketing. “Your pre-money
valuation is going to be much higher. Let’s say $2 million,” Payne
says. “The angel invests $500,000, resulting in a post-money valuation
of $2.5 million — or a 20 percent equity stake.”

Risk and reward for angel investors

Don Brady is the CEO and founder of Impact Sports, in San Diego and Las
Vegas, a company he launched in October 2004 to bring innovative
technologies to the retail sports market. Before looking for outside
financing, he put $20,000 of his own money in the business and was able
to get five successful months under his belt before he looked for an
angel.

“My employees worked only for equity before we first received and began using angel investor money,” Brady says.

He had met with an angel earlier and reached each milestone on a mutually
agreed-upon list before the pre-money valuation took place. After the
investment was made, his angel backer had a 25 percent stake in the
company. Brady says he was satisfied with the way the process worked
out. “It was fair, comprehensive and thorough,” he says.

Longtime angel John May, co-founder of the Washington Dinner Club, a group of 60
angels who invest in early-stage ventures in the D.C. area, told BusinessWeek
they expect three to five times their investment within three to five
years. The Dinner Club typically looks to invest $500,000 in companies
valued at as little as $1 million.

When researching angel groups, gather specific criteria to explain what they want in potential
investments, including company size, stage, region and sometimes
market. If they have a Web site, it can usually be found there. Payne’s
group likes companies with potential to reach $25 million to $50
million in annual revenue within five to seven years of their
investment.

There are some caveats when looking for angel investors. Stephanie Gruner reported in Inc.
magazine that while some investors appear to be angels, they end up
taking most of the equity stakes in a startup — and most of the
company’s value — away from the founder.

Payne is enthusiastic about the benefits of seeking capital from angels, but
cautions all entrepreneurs to investigate angels and angel groups
closely to be sure everybody’s goals align.

“Angels typically invest smaller sums than venture capitalists, and often bring
experience and guidance to the entrepreneur, but their ultimate goal is
to make a return on a high-risk investment,” Payne says. “Forty percent
stake may seem like a lot, but if the startup fails — and most do — 40
percent of nothing is nothing.”

Jackie Headapohl is a freelance writer for StartupNation. 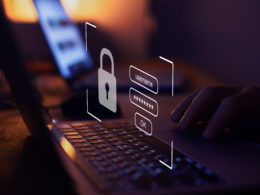