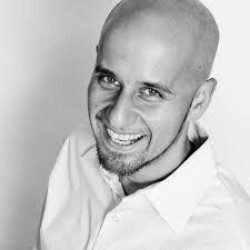 Dmitry Dragilev
Founder at JustReachOut
Two years ago Dmitry single-handedly grew a startup from zero to 40 million pageviews through press outreach and got acquired by Google. Now he has translated his know-how into JustReachOut, a SaaS launched in early 2016, which is now used by more than 4,000 small businesses and startups (as well as big ones such as Airbnb, HubSpot, Leadpages and Nickelodeon) to pitch relevant journalists and get press coverage without the help of PR firms. In his spare time he coaches students on how to reach out to press through PRThatConverts.

When something’s not working perfectly to their standards (or worse, fails), they take it personally and don’t know how to move on to better iterations after the setback.

But that’s what startup life is all about. To win, you have to learn how to rebound from failures — fast. You must remain focused on bootstrapping the business you envision. And, above all else, you can’t give up.

The founders in this piece all faced these challenges before launching startups that earned them millionaire status. They stayed motivated, bootstrapped their growth and proved their critics wrong.

Here’s what you can learn from them to focus ruthlessly on your goals:

1. Make your mission your mantra.

Jennifer Hyman, cofounder and CEO of Rent the Runway, says if your work isn’t “mission-driven or emotionally resonant with you,” it will be almost impossible to maintain passion and focus for the long haul.

“Too often, ambitious, type-A people stay on ‘the track,’ going from a great college to a competitive job to the next competitive job without stopping to think about what they are passionate about and how they want to spend their time.”

When you focus on your “why” and your mission, you’ll naturally prioritize all your day-to-day decisions. Tasks either work to meet that goal or detract from it. So follow through on the former and ditch the latter to drive progress this year.

2. Ponder the question of nine.

Whitney Wolfe, founder of the female-empowered dating app Bumble, stays on track by asking herself the question of nine.

Entrepreneurs often get bogged down in the details of perfectionism. But what seems mission-critical right now may not matter all that much in the grand scheme of your business. Commit to your actionable, big-picture goals this year and tackle the rest later.

3. Use your lows to inspire your highs.

Engineer and entrepreneur Hari Ravichandran has experienced his fair share of ups and downs.

He was the founder and CEO of Endurance International Group, a publicly traded company he turned into a global hosting and email marketing behemoth worth $3.5 billion.

But then Ravichandran’s identity was stolen in 2015. At that time, he didn’t have an effective way to monitor the warning signs of identity theft, nor were there any solutions available to figure out how to prevent it.

Ravichandran decided to found Aura, a solution to help people find out if their identity was stolen and help prevent such breaches in the future. His platform is now trusted by millions of customers and valued at more than $1 billion.

“My three kids are growing up as digital natives. Working at Aura and developing our products makes me feel like I can provide some security to them as they navigate the digital world… and make the world a safer place.”

Having your identity stolen is a universally stressful experience. What equally stressful problems do you and your potential customers wish they could solve? Focus on these, and you’ll have early adopters lining up ASAP.

Born and raised in Poland, Gorny immigrated to the United States at the age of 20, barely speaking English. Living off $3 a day, Gorny took odd jobs just to survive as he tried to break into tech.

Gorny became an early stakeholder in a web-hosting company called Internet Communications, which was acquired just two years later. Though the deal made Gorny a millionaire by 22, it also prompted him to set his goals around his net worth.

Though he made various investments in tech during the late ’90s, the dot-com crash and 9/11 flushed all that cash down the drain. Gorny was forced to start all over.

“Failure’s like free tuition. You can reflect and analyze not to repeat mistakes. It’s much harder to break down successes to learn how to improve.”

Gorny says these are the biggest lessons he learned from the experience:

Gorny bootstrapped several startups, launching them all without any external investors. Warburg Pincus and Goldman Sachs acquired one for nearly $1 billion. And today, Nextiva earns more than $200 million in annual revenue.

So what have your biggest failures taught you? Try to assess what went wrong during a recent setback in the past year. Then brainstorm ways to correct or modify your game plan in 2022. The lessons you learn from your failures may define you, but they should never hold you back.

5. Trust your gut; take that chance.

Susan Wojcicki, the CEO of YouTube, always had good instincts.

In 1998, she let Google cofounders Sergey Brin and Larry Page rent out her garage. The duo developed Google’s search engine there and hired Wojcicki just one year later (she was employee #16).

Wojcicki says her friends, family and colleagues thought she was crazy to accept the position at the unknown startup — especially since she was four months pregnant at the time. But she took the job anyway and quickly rose through the ranks.

In 2006, Google had the opportunity to buy YouTube. Despite her peers and higher-ups disagreeing with the move, Wojcicki pushed for the $1.65-billion acquisition of the video platform.

“I wasn’t focused on revenue. I was focused on whether this will make a difference in people’s lives … This is something that’s providing information for people in a better way.”

Wojcicki’s gut instincts paid off. YouTube is the world’s second-most visited website (after Google), and people watch more than a billion hours of content on the platform daily.

Every aspiring entrepreneur knows how Wojcicki felt when faced with new, uncertain paths. But startups are all about disrupting industry standards. You can’t listen to critics who say you’re crazy just because they lack the imagination to believe in your vision.

So give your inner voice the microphone this year. Develop those “hair-brained” ideas and prove your detractors wrong.

Daniella Yacobovsky, the founder of jewelry company BaubleBar, says she’s “pretty OCD about creating to-do lists.” She admits to constantly prioritizing what’s at the top of her list, where your most important tasks should take center stage.

“I break things down into things that feel doable within a span of one to two hours. That helps me methodically sort through everything that’s on my plate.”

These easily digestible nuggets help you conquer your workload and avoid burnout. Remember, startup life isn’t a sprint; it’s a marathon. Pace yourself so you can push harder the next day.

David Barnett was a college professor before becoming the founder of PopSockets. Constantly frustrated by the tangle of headphones in his pocket, Barnett glued two giant buttons to his cell phone case so he could wrap the headphones around it.

He spent the next 15 months designing prototypes for the first PopSockets. However, thanks to the ever-changing nature of cellphones, his new cases never established a foothold in the smartphone accessory market.

Until he decided to ditch the cases altogether.

Barnett simplified the design, adding an adhesive backing to the PopSockets “button.” This allowed consumers to attach PopSockets to any cell phone or tablet, greatly expanding his product’s reach. To date, Barnett’s sold more than 35 million PopSockets, and the net worth of his brand is around $500 million.

So are you overly complicating one aspect of your business to your detriment? Think about easy ways to simplify your process or product, and see if that opens the door for better ideas this year.

8. Keep bootstrapping to test your concept.

Oleg Shchegolev and Dmitriy Melnikov are the cofounders of SEMrush, an online visibility management and content marketing SaaS platform.

Shchegolev and Melnikov began experimenting with different SEO strategies in 2006. They launched SEMrush at the height of the financial crisis of 2007–2008. And to make an already challenging situation even more difficult, the two chose to bootstrap the entire venture to prevent their business from “collapsing under the weight of outbound investments.”

To do this, they took on a freemium business model and then shared SEMrush with their friends and other IT professionals. This allowed them to refine their product and raise awareness of their startup without investor interference.

“The biggest challenge was to stick to bootstrapping for so long, but it was very consistent with our commitment to experimenting and to developing our product the way we wanted it to be.”

Shchegolev and Melnikov said there was “no point” in sticking to bootstrapping forever. So they had to make a key decision of when to raise investments at the right time. SEMrush eventually raised $140 million at IPO based on a $1.9-billion evaluation.

The takeaway? Be patient. Don’t rush to secure investors before your business is ready. Try to map out an ideal growth plan and determine where raising funds makes the most sense.

Keep iterating your product or concept this year and get it in the hands of your target audience. Embrace your market research, and you’ll have evidence of what works.

Make 2022 the year that changed everything

There’s never a perfect time to launch your business. And becoming a successful entrepreneur doesn’t happen overnight. But if you follow the founders’ advice in today’s guide, you can drive real results for your startup in 2022.

Resist the siren song of perfection and be prepared to make mistakes. Learn from those setbacks to iterate a better product. Prioritize your to-do list and focus on the most pressing matters related to your mission and big-picture goals.

Most importantly, make 2022 the year to just begin. Stop letting the fear of failure, criticism, lack of funding or your own impatience get in the way.

Author
Dmitry Dragilev
Two years ago Dmitry single-handedly grew a startup from zero to 40 million pageviews through press outreach and got acquired by Google. Now he has translated his know-how into JustReachOut, a SaaS launched in early 2016, which is now used by more than 4,000 small businesses and startups (as well as big ones such as Airbnb, HubSpot, Leadpages and Nickelodeon) to pitch relevant journalists and get press coverage without the help of PR firms. In his spare time he coaches students on how to reach out to press through PRThatConverts.
Comments by Vanilla