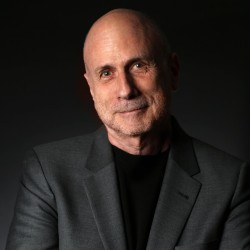 Ken Segall
Ken Segall is the author of the New York Times bestseller, "Insanely Simple." Working with Steve Jobs as his ad agency creative director for twelve years spanning NeXT and Apple, he led the team behind Apple's legendary Think Different campaign, and set Apple down the i-way by naming the iMac. Segall has also served as agency global creative director for IBM, Intel, Dell and BMW. He is an international speaker on the power of simplicity, and frequently appears on cable and internet news for his marketing insights. For more information, please visit kensegall.com

Is there anyone in business who doesn’t recognize the power of simplicity? It’s an inescapable fact of life that human beings are attracted to simplicity and turned off by complexity.

When I started my life in advertising, my mentors drilled into me the power of simpler, focused messages. I thought I’d absorbed that lesson well, but my eyes were opened far wider when I started working with a client who was truly driven by his passion for simplicity. His name was Steve Jobs.

For Steve, simplicity wasn’t just something one builds into a product. He built it into the entire company. You can see the result of this thinking in the way Apple innovates, markets, sells at retail, and even organizes itself internally. No question, simplicity was a key driver in Apple’s rise from near-bankruptcy to the world’s most valuable company.

But other companies have built extraordinary successes by stressing simplicity as well. In writing my new book, “Think Simple,” I set out to find these “heroes of simplicity.” I was curious to hear their views on the power of simplicity, and learn how they have leveraged that power to achieve greater results. I hoped that the experience of leaders in many different industries would give readers concrete ideas about how they might simplify their businesses.

One such leader was Walter Robb, cofounder and co-CEO of Whole Foods. I asked Walter how his company maintains such a sharp focus and keeps employees motivated across such a large chain of markets. I found his answer to be quite enlightening. For Whole Foods, simplicity is born of a simple, clear mission.

You don’t have to be in the grocery business to appreciate that.

The following excerpt is reprinted from “Think Simple: How Smart Leaders Defeat Complexity” by Ken Segall with permission of Portfolio, an imprint of Penguin Publishing Group, a division of Penguin Random House LLC. Copyright ©Ken Segall, 2016.

A culture of commitment

When you walk into Whole Foods Market, you might not think it’s the simplest of stores. It’s a big place with thousands of food items. What does strike you is the company’s ability to provide fresh, healthful, natural food in every aisle and on every shelf. The company has created a culture fueled by a devotion to healthier living.

The strong culture of Whole Foods serves to simplify decisions and choices at every level. It attracts employees who share the passion and it unites the workforce in a common purpose. It also creates the in-store experience that resonates so strongly with customers.

Though Whole Foods faced hardships in 2015 due to financial and competitive pressures, the company’s growth since inception has been phenomenal. What started in 1980 with one store and a staff of nineteen has evolved into a network of four hundred stores with over $15 billion in annual sales.

Co-CEO Walter Robb attributes the company’s success to a clear mission that forms a foundation for the culture and delights customers.

There is an elegant clarity to what we do. We carry nothing with artificial flavors, colors, or ingredients. Nothing, nothing, nothing. There are no exceptions to that rule—or any of the standards for the products in our store. There is perfect clarity on that line in the sand.

There’s a kernel of simplicity—a kernel of truth—for Whole Foods. That is, when you walk in the store, you just feel good. You feel the energy. And that’s different from what you feel in other supermarkets.

Over the years, some analysts have advised Whole Foods to grow further by broadening its food selection (read: loosen standards). But the company doesn’t stray from its pledge to sell only food that’s good for people and for the world. “Pure ingredients most of the time” just won’t cut it. “No” is an easy answer when your values are strong.

To understand Whole Foods’ success and the importance of its culture, it helps to understand its roots.

The quest for more healthful food began in the early 1970s with a generation that believed food had become too processed and too far removed from its natural state. Supermarkets were selling white flour, white sugar, white rice, and a great many frozen foods. As Walter’s generation matured, a movement began to take back the land, so to speak. People became interested in grinding their own grain, making their own bread, growing their own vegetables, and so on.

At its birth Whole Foods was really just trying to plant the idea that more healthful food mattered. It was trying to communicate that “whole” foods—with a small w—provide greater health to individuals, communities, and the planet. It’s an idea that resonates even more today, when people are taking more responsibility for their health in their diet and lifestyle.

Still, it’s a huge leap from “It’s a good idea” to “It’s a good business.” Walter credits the business success of Whole Foods to its ability to build a culture around this simple mission—one that motivates employees, creating a feeling of participation and fulfillment.

One of our greatest strengths is our culture. I define “culture” as the mission as practiced over time. It’s a living, breathing thing. All great companies have a culture. It’s not something you can copy—you have to create your own organically. And then you have to keep investing in it as you grow.

We all know what a pleasure it is to shop in a place where knowledgeable salespeople are genuinely eager to help. This is the behavior of employees who are respected and empowered by their companies, and this is the experience that creates loyal customers.

To instill this behavior in its employees, Whole Foods has built a culture where the workforce feels they’re not just part of the company—they’re part of the mission. That’s an important distinction.

There’s a two-way dialogue between management and employees and an emphasis on transparency of information. Full-time staff vote on benefits every year. Employees participate in the savings they create through sales-building efforts or more efficient scheduling. There are regular town halls where people are free to speak. There are panel interviews for new hires, and the people on the panel are usually those who are affected by the hiring decision. Walter says it’s all about empowerment and collaboration, with the simple mission of the company at the center of it all.

Whole Foods is very much a distributed intelligence culture. We hoped that by creating this petri dish of empowerment, things would continue to unfold, and that’s exactly what’s happened. I think most people today want to work for something that’s bigger than a paycheck. They want to feel like they’re making a difference in people’s lives—including their own.

In some companies values are codified, but unless they are effectively celebrated (as they are at The Container Store and Charles Schwab), they may be relegated to the role of mere decorations on the cafeteria bulletin board. Not the case at Whole Foods. The values are “alive,” says Walter, because they are constantly being talked about. People can see that they’re real, because management decisions are aligned with those values.

There is power in the simplicity of leading with mission, values, and culture. I believe there’s a next-level simplicity around using those things as your organizing principles in business and really sticking to it. There’s a power and clarity to that, which Whole Foods has.

Author
Ken Segall
Ken Segall is the author of the New York Times bestseller, "Insanely Simple." Working with Steve Jobs as his ad agency creative director for twelve years spanning NeXT and Apple, he led the team behind Apple's legendary Think Different campaign, and set Apple down the i-way by naming the iMac. Segall has also served as agency global creative director for IBM, Intel, Dell and BMW. He is an international speaker on the power of simplicity, and frequently appears on cable and internet news for his marketing insights. For more information, please visit kensegall.com
Comments by Vanilla
Previous Article

Limitless Paper in a Paperless World: B2B Isn’t What It Used to Be