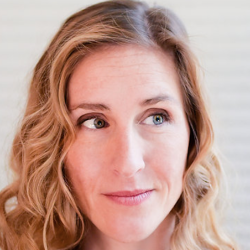 Nicole Gravagna
Nicole is the author of "MindSET Your Manners," due out in October 2016. Nicole has a PhD in neuroscience from the University of Colorado. She studied human behavior under Judith Orloff, M.Ed., cofounder of Burlington College and longtime corporate leadership consultant. Nicole has coached hundreds of people through the critical conversations associated with financial negotiations. Nicole is also a coauthor of "Venture Capital for Dummies."

Author, neuroscientist and StartupNation contributor Nicole Gravagna released her latest book, “MindSET Your Manners” this week. Below, StartupNation features an exclusive interview with Tom Higley, founder of 10.10.10, and serial entrepreneur featured in the book. His past company, Service Metrics, turned 27 of its employees into millionaires.

The following transcript has been edited for brevity and clarity.

Nicole Gravagna: Tom, your career has been amazing. You went from a professional musician, to a lawyer, to a successful startup founder, to tackling the world’s wicked problems. How do you choose your opportunities?

Tom Higley: Figuring out what matters enough to me to be worth an investment of my time, energy and focus is a big deal for me. It’s long been at the heart of who I am, and it comes out pretty strongly in 10.10.10.

N: In MindSET Your Manners, I mentioned that you nearly failed to finish high school. Can you say more about that time in your life?

T: I hated the educational system. It was mechanistic. Designed to create a fungible product. During sophomore and junior year I focused on art and music. When I wasn’t in art class, I played, studied and practiced guitar. I often performed with a friend who had an incredible voice. We were the local Simon & Garfunkel. He was the tall guy with an incredible voice; my voice and physical stature were less notable. My mother had the most amazing operatic soprano voice I’ve ever heard. I wasn’t born with much vocal talent.

N: It sounds like you were pretty busy, then. Not goofing off, but instead, you were grabbing life by the horns.

T: I studied music theory. Read constantly. I also performed in several bands. But by senior year, I’d had it with school. I arranged an independent study with my English teacher, Mr. Paul Wolbrink. (Years later, I created a small endowment in his name, a scholarship for students who had potential that wasn’t necessarily revealed by their grade point average.) Paul Wolbrink persuaded the principal to let me graduate. Years later Paul even gave a commencement speech that included a reference to me. I am deeply grateful to him.

N: It sounds like Mr. Wolbrink was a mentor to you. Did you have any other notable mentors?

T: Several, in different disciplines. David Dwyer in the practice of law. Brad Feld for early stage startups. Regis McKenna as a friend and connector. In 1995, I met Regis, who had been friend, mentor and confidant to Steve Jobs. Regis was extraordinary. He met me on a cold call, suggesting we continue our conversation over dinner. He invited me to return to Palo Alto for a 25th anniversary celebration of Regis McKenna Inc. There, I stumbled upon a display of the famous memo: it said [paraphrasing], “Regis, I know you don’t like Regis McKenna Inc. to do work for clients for equity (rather than cash), but this is one of those cases I think we may want to make an exception. These two guys are offering RMI a 20 percent stake in their company. Their names are Steve Wozniak and Steve Jobs and I think their company is called Apple Computer.” Regis introduced me to Jim Clark, Netscape’s founder. He spoke with his friend Andy Grove and with Intel’s Chairman – which led to a meeting with more than a dozen Intel engineers. He used to say, “Tom, if you were here [in Silicon Valley], you’d be there by now.

N: Do you have an unresolved conflict that you are dealing with right now? (For this, I mean “conflict” the way it’s written in the book. A conflict is when you have a belief of the way things should be but that belief doesn’t match the way the world actually is.)

T: Absolutely. Healthcare, education, infrastructure, energy, water, etc. are all complex adaptive systems that are home to wicked problems that persist because the systems themselves are not designed to address them. The systems themselves do exactly what they were designed to do. They are resilient. They resist disruptive change. This means that, with few exceptions, the stakeholders within the systems will not address the wicked problems that have become chronic and intractable. I believe serial entrepreneurs can (and will) begin to address these problems with workable solutions. Sometimes these solutions will provide the basis for new companies that are disruptive to the system itself. As outside agents with no allegiance to the system, the entrepreneurs bring to the problem a different cultural perspective, a different skill set and a powerful set of capabilities that will be supported by capital investment and by a market for the products and services these new companies are creating. Of course I’m describing 10.10.10 and its model.

N: Thank you, Tom, for allowing me to use your story in “MindSET Your Manners,” and thank you for your time in this interview.

“MindSET Your Manners” is available now wherever books are sold.

Author
Nicole Gravagna
Nicole is the author of "MindSET Your Manners," due out in October 2016. Nicole has a PhD in neuroscience from the University of Colorado. She studied human behavior under Judith Orloff, M.Ed., cofounder of Burlington College and longtime corporate leadership consultant. Nicole has coached hundreds of people through the critical conversations associated with financial negotiations. Nicole is also a coauthor of "Venture Capital for Dummies."
Comments by Vanilla