What to Consider When Choosing an Accelerator for Your Startup 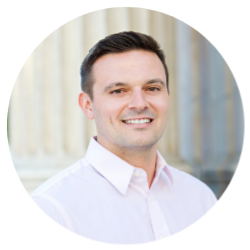 Dave Rathmanner
VP of Content at LendEDU
Dave Rathmanner is one of the first employees and VP of Content for LendEDU, a YCombinator graduate and marketplace for financial products. When he’s not working, you can find him playing lacrosse, trying to control his crazy dog, Dewey, or relaxing on the beach.

If you’re a startup founder, everyone is likely telling you how much your business would benefit if you participate in an accelerator. In startup communities, stories about businesses that skyrocketed to success after getting involved with the right accelerator are traded more frequently than potty training tips between parents waiting to pick their kids up at preschool.

But not all startup accelerators are created alike, and before you sign yourself and your business up for one, you might want to better understand the differences between the types of incubators and the drawbacks and benefits of each.

Here are a few types of startup accelerators that you might consider for your business.

The city or state-specific accelerator

These are non-corporate startup accelerators that are often funded in part by government money in addition to corporate sponsors. They are usually non-profits whose goal is to help jumpstart local businesses. The incubator can be open to just businesses that began or are located in that city or state, or it might have a broader focus.

The benefit of participating in one of these accelerators is that you won’t have to relocate. You’ll also be likely boost your local network, which could help your business thrive locally once you finish the program.

While they often offer smaller investments, they also tend to ask for less equity. The time commitments of these kinds of accelerators can vary, but they tend not to be as long or intensive as the large, highly selective incubators. They also can be easier to get accepted into since their geographical focus narrows the applicant pool and increases your changes of success.

Big corporations might have deep pockets, but they also have bureaucracies that tend to stifle innovation or at least slow it down to a snail’s pace. For that reason, many companies run incubator programs themselves in order to support and cultivate startup companies with the eye to using their technologies, increasing their investments in those businesses in the future, or buying them.

These accelerators have a lot of benefits. The first is that you’re likely going to get a much more generous investment with the potential for future additional investments and potentially a buyout. If your goal is to exit your company someday, then these types of accelerators are something you should consider.

Often these accelerators are run by organizations hired by the company who have experience with running accelerators, such as Techstars.

You’ll often need to relocate for these types of accelerators and they tend to require a significant time commitment. While they can be harder to get into, you’re going to gain access to some of the best and brightest mentors and contacts if accepted.

Government incubators are sponsored by certain parts of the government, but more often than not, defense departments are the backers. For example, the United Kingdom funds a defense accelerator called the Centre of Defense and Security Accelerator that funds and helps those who are working on innovations that could support defense and national security.

Best of all, these types of accelerators often do not take equity in your company.

These types of accelerators can be less formal and often simply involve an investment and some resources and mentorship, or a few weeks of formal sessions. While they might have less of a time commitment and do not require that you relocate, they often have more expectations on future deliverables.

The benefit of these types of accelerators is that the government department that is sponsoring them is likely doing so because they want to be your customer. That means that you won’t just get money and support, you could also see substantial sales down the road.

We all know the big-name incubators, from Y Combinator to Angelpad to MassChallenge. The benefit of joining an accelerator that is renowned for its success or its connections is that you’ll get access to the expansive network of investors and other companies.

You’re also likely to get a larger investment in your business as these accelerators have produced multiple billion dollar companies, and are well-known for hosting successful companies.

The downside to these accelerators is that you’ll likely have to relocate for the duration of the program, and they are very intensive, so you will do very little other than work on your business during that period. But, as mentioned, you’ll likely get exposure to some of the top investors in the world and you’ll have one of the best business networks that blood, sweat and tears can possibly buy.

What’s right for you

Ultimately, if you are thinking about an incubator or accelerator, you should spend some time considering what’s right for you.

Maybe you don’t want to relocate, so the best accelerator is one in your hometown or state. Or, maybe you want to be bought out by a company, and creating an alliance and getting an investment from a corporation seems like the best bet.

Whatever you choose, the good news is that you don’t only get to do one accelerator. If you don’t like your experience, you can apply for another! You could always start with a smaller accelerator before applying for one of the behemoths, or go to a government accelerator and then to a corporate one.

At the end of the day, the choice is yours. Just be sure to consider all of your options and weigh the pros and cons before deciding.

Author
Dave Rathmanner
Dave Rathmanner is one of the first employees and VP of Content for LendEDU, a YCombinator graduate and marketplace for financial products. When he’s not working, you can find him playing lacrosse, trying to control his crazy dog, Dewey, or relaxing on the beach.
Comments by Vanilla
Previous Article

Why Your Employees Are Your Best Marketing Asset

Why I Quit My Job to Launch a Startup, Failed and Would Do it All Again