How to Tap Into the Rise of Micro-Influencers 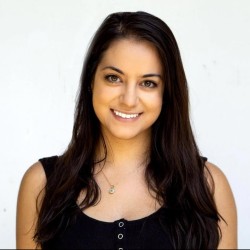 An updated approach to influencer marketing is making its way around the social media scene that benefits smaller influencers, as well as the companies that work with them. It targets users known as micro-influencers, or social media users with lower, but very engaged followings, to promote products and services through carefully curated posts instead of obviously sponsored or paid advertisements.

Rather than spending big bucks on ultra-popular users with upwards of a million followers, more brands are starting to utilize micro-influencers, or those with anywhere from 1,000 to 100,000 followers, as a cost-effective and engagement-driven strategy to promote their brand or products.

Micro-influencers are heavy social media users, bloggers or celebrities who are incredibly engaged with their communities. Their fans trust and follow their recommendations for products and services, and look to them for guidance on their niche.

For startups, a huge benefit to working with micro-influencers is the considerable amount of engagement these online personalities generate in relation to their number of followers.

Related: How to Use Influencer Marketing to Grow Your Brand

Why not go after big influencers with massive followings to get your brand in front of more eyes? To some users, influencers’ selling power may seem inauthentic and overly promotional. Especially with Instagram’s current policy for requiring users to disclose paid advertisements in their posts, it’s not unusual for followers to see their favorite influencer promoting viral products, which may cause them to question that person’s authenticity on the platform.

In addition to beauty and fitness brands capitalizing on the rise of micro-influencers, the tech industry is also beginning to reap the benefits of sponsoring social media savvy creatives to act as ambassadors for their brands.

Companies like Adobe, GoPro and Bumble are using micro-influencers as a cost-effective way to get their message in front of new audiences and fresh eyes.

Here’s how your startup can do the same:

One perk of working with micro-influencers is that many of them have high engagement rates. Their fans and followers have often been invested in their vision since before they gained an audience, so they trust their recommendations and promotions more than followers of big-time influencers.

A study by Markerly found that as an influencer’s followers increase, the engagement on their posts, including the number of likes and comments, decreases. That means that micro-influencers may reach fewer people, but their audience is deliberate and values the content.

Markerly’s analysis shows that users with zero to 10,000 followers generate likes at over double the rate of users with over a million followers.

Micro-influencers are also taking creative control into their own hands by carefully curating the aesthetics and captions of their promoted posts to make them more authentic, staying true to their own brand voice.

With more targeted audiences, micro-influencers know the general interests of their followers better than those with millions of followers, which can lead to significantly more conversions. A celebrity with millions of reach has less selling power than a beauty guru with thousands of beauty-obsessed followers. They’re able to connect on a more personal level and share why they like a product in a more genuine way.

Micro-influencers generally specialize in a particular niche or industry, and their smaller followings make them more trustworthy in the eyes of the consumer. They’re able to engage with their followers and help them feel more confident before making purchasing decisions.

It’s much more affordable for startups to work with micro-influencers, and the payoff is greater for the value. This allows brands to work with more highly targeted and engaged audiences for less money, generating higher rates of conversion.

Building strong, mutually beneficial relationships is a great long-term strategy that will continue to pay off for your brand. These micro-influencers provide a level of authenticity and credibility that is lost when working with someone more high-profile with millions of followers.

Author
Sarah Aboulhosn
Sarah Aboulhosn is a content marketing strategist who works with businesses that understand the value of content marketing to refine their strategies, grow their online presence and establish themselves as industry thought leaders. Her experience has driven her to create killer marketing strategies and deliverables for B2B, SaaS and the travel, technology and design industries.
Comments by Vanilla