3 Ways Your Startup Can Successfully Bridge the Gender Gap 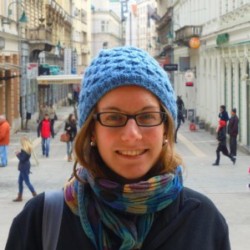 During International Women’s Day this year, we discovered that our workforce is almost an exact 50/50 split between women and men. In digital marketing, this is, apparently, uncommon. In many countries across the world, men make up over 60 percent of the workforce in this industry. Another anomaly we’re shattering in gender roles is that we have more women in leadership positions, not by design but because those particular people were the most suitable for the jobs. It’s known that there are fewer women in leadership roles and many women earn less money than men. This year’s Forbes 100 Rich List demonstrates this, as only two women made it into the top 10.

I’m proud to have a workforce with strong, empowered females who do an absolutely smashing job managing our many departments. Without them, our business would have grown nowhere near as quickly or as strongly as it has.

Each gender brings its own set of tendencies and sensitivities to our organization, which balance and complement the other. To me, a mixture works best for everyone involved. I strongly urge startups to take note of (and act upon) the reasons for the lack of women in leadership roles and the struggle that women face within the workplace.

I’m a big fan of bridging the gender gap —  if for no other reason than it just makes good business sense. Every business leader should want to attract the best people, regardless of their gender. Demonstrating to potential employees, clients and other businesses that you care about gender equality is so important. So, how can your startup close the gender gap?

There are a number of reasons why women are less likely to be in leadership positions. One is simply that women think that their gender will hold them back in reaching a higher position within the company. More than anything, this shows that mentality plays a huge role in getting higher up the ladder.

Being told you can’t work in a certain industry is a shameful way to discourage women from aspiring to do a job they are passionate about. We work at encouraging everyone to apply for leadership positions that they have the skills and qualities for. If someone of either gender doesn’t get the leadership role they applied for, I believe they deserve honest feedback. This includes why they didn’t get the position and the aspects of their performance that they might want to look at to be eligible in the future. This way, you limit the likelihood of people feeling that they haven’t been chosen for any reason other than their suitability for the role.

Related: Female Entrepreneurs and the Fight for Funding

One of the reasons the staff at our company work so well is that we all work remotely. After opening an office, I soon realised that the team (and myself) were much more productive when working from our home offices. Having a remote team has given the company the freedom to hire people all over the world, employing the best of the best for every job role.

This is absolute madness. Any person (male or female) who can raise children is clearly demonstrating excellent management, organization, budgeting and negotiation skills, as well as a massive dose of real world experience.

Women shouldn’t need to have to choose between having a family or working toward their dream job. Flexibility when returning to work can sidestep this issue, as new mothers can balance their time and work around their schedule.

An honest and fair recruitment process

Recruitment plays a huge role in smashing the gender gap. Demonstrating that you are a transparent company from the moment somebody looks at a job application is essential. This means not using language which discourages any particular gender and stating the pay scale.

Negotiating a salary plays a huge role in the gender pay gap. Not wanting to seem pushy, being happy with their salary or being worried about losing a job are a few reasons why women don’t negotiate their salary. The biggest hold-back is feeling uncomfortable negotiating. Women in leadership positions are telling fellow entrepreneurial women how to negotiate their pay so they don’t fall short and earn less than their male counterparts.

As best practice, consider clearly stating the pay rate on job applications and having a transparent pay ladder based on hitting targets, experience and level-upping in key skills. Quarterly bonuses can then be based on the performance of the team member; and nothing to do with their gender or desire to negotiate.

Life as a startup can be hard. One of the biggest challenges is surrounding yourself with a killer team with the talents and characteristics that you need to grow. Both men and women are important in this mix. To build a team without a significant quota of one or the other is to limit the performance of the team as a whole. To paraphrase the business saying, “get the right people on the bus and you’ll find the journey to be a lot easier and more enjoyable.” In my opinion, any business that doesn’t give both men and women the opportunity to contribute is not only doing itself a disservice, but it’s also making a huge business mistake.