4 Cash Flow Leaks That Are Keeping Your Startup Broke 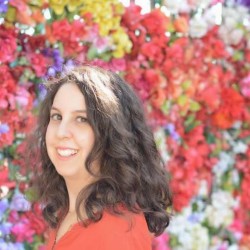 Cash flow can make or break a business. According to research, 82 percent of businesses fail because of cash flow problems. In other words, there’s more money going out than coming in. Since we’re in the middle of tax season, now is a good time to see where you may have some cash flow leaks. After all, you’re already looking at your accounts anyway, right?

Here are some cash flow leaks you may have in your business.

The first area where you can usually find cash flow leaks is when there’s high overhead. Two areas that can kill your overhead are office space and labor.

Fortunately, you now have different options for both. For example, co-working spaces can offer more affordable options if you need a space. Additionally, the age of the internet has made it easier than ever to telecommute.

In terms of labor, you’ll notice this is the area major companies cut first when they are running into financial problems. While it’s unfortunate, the reasoning makes sense: labor is the easiest thing to cut and it will make an immediate difference.

As a business owner, I’ve experienced this myself. Labor and outsourcing became a cash flow leak because I was simply spending too much for what I actually needed. After making some adjustments, I was able to get it back on track.

Related: How Cash Flow Can Destroy Your Business (and How to Prevent It)

Spending too much money on ads

I’ve seen plenty of entrepreneurs waste money on marketing efforts that don’t yield a return. For instance, a business owner may think they just need to throw money into ads. In reality, they first need to A/B split test different audiences to make sure the ads are going to the right people. When they fail to do this, their costs for advertising become more expensive than is necessary.

Spending money on the wrong things

Another one of the cash flow leaks entrepreneurs run into is spending money on the wrong things.  For example, I often see beginning business owners who throw thousands of dollars into a custom website before they’ve done any market research or created an offering to sell. Any web designer worth their salt will tell you this is a waste of money.

Other times, business owners spend money on things they don’t need. For instance, they’ll start with the most expensive e-commerce system they can find instead of working their way toward it as revenue increases.

This phenomenon can be summed up pretty nicely: putting the cart before the horse leads to cash flow leaks.

Granted, there really is no manual for running a business, so there are things you will have to learn the hard way. This will sometimes require losing money as you try things and they don’t work out. The problem is when you don’t quickly cut these things out.

For example, the minute I realize something isn’t working (like spending money on Pinterest management after an algorithm change) I cut it out quickly and move on. Especially if I know that money can be better invested elsewhere. Of course, this is because I’m not too attached and can roll with the punches.

Unfortunately, I’ve had to coach several entrepreneurs through the process of letting things go. They become so attached to the time and money they’ve spent trying something that they would rather continue wasting time and money instead than pivoting. This stubbornness leads to cash flow leaks.

Cash flow leaks may cause many businesses to crumble, but they don’t have to. By looking at these areas this tax season, you can plug up the holes and get your business back on track.