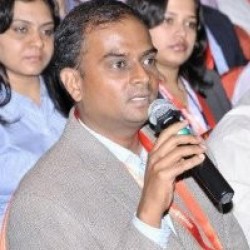 Augustus Franklin
Founder and CEO at CallHub
Augustus is founder and CEO of CallHub, a Voice and SMS service company bridging the communication gap for political campaigns, advocacy groups, and nonprofits. When he is not working, he is either making toys with his kids or training for a marathon.

The picture of a competitive market once revolved around a multinational corporation, its smaller opponent and their David vs. Goliath battle to win the heart of the masses. When we examine present day business competition, that notion seems like a thing of the past. Companies are crowding (and on many occasions, overcrowding) every market segment. It still remains a battle for the heart of the masses, but the tools and the strategies in use are far from the same.

It’s easy to make the assumption that companies with a long history of serving a market have it easier. But that’s not true, is it? Whenever a company “takes it easy,” established or not, something better has always come along to push it off its pedestal and take its place. Netflix’s win over Blockbuster or Samsung’s win over Nokia all reflect the natural evolution of the marketplace to change with the times or get waylaid for the newer and better.

Startups entering the marketplace today have a tough time making their mark. But in the long run, this competitive environment is what will give you an edge over the competition.

Let’s take a look at five ways that a competitive marketplace will work out in your startup’s favor:

Becoming familiar with every inch of your market

When my startup entered the cloud market, we had a very dependable product to bank on. But at the same time, I could count on my fingers and toes and still keep counting the number of companies that did the exact same thing that we did.

At this point, you are faced with two choices, (a) become exceptionally better at everything than your competitors or, (b) scour the established market for underserved customers. If (a) is your answer, you don’t need my help. If it’s (b), you’ll be cold-calling prospects, sending out surveys, socializing with influencers, reading up on the industry, etc. Anything and everything you have to do to familiarize yourself with your market.

Related: How Entrepreneurs Can Find Their Competitive Spark

Learning not to take established processes for granted

Who’d have thought that a shaving ad from a startup nobody had ever heard of before would rack up more than 20 million views on YouTube? Well, that’s what you get for shaking up the established system. Dollar Shave Club did it by giving us subscription razor blades. And the company got more than 12,000 people signing up for its service 48 hours after that video debuted.

Rather than stick to established processes, be it with your marketing, pricing or product, a competitive market encourages you to ignore established systems and develop new processes that work for your market.

Established processes are often created to appeal to the widest possible audience end up alienating smaller, yet significant, markets. If you can change the process that has always been just OK for your target market and create something tailored to their needs, then you will win them over.

Always listening to feedback and innovating

Harvard Professor, Michael E Porter, coined the term “clusters,” for these geographically concentrated interconnected companies that thrive on a system of mutual reliance.

From the technological cluster in Silicon Valley to clusters revolving around wineries in California, these clusters exist in different forms, sizes and stages of development across the world.

As a part of this competitive environment or cluster, your business is forced into constant innovation, which is the only way to remain a valuable addition to the system. By molding your business model to complement established systems, you can rely on the feedback and support of the entire cluster to grow your business. You avail yourself an insider’s perspective into your market through communities and personal relationships, which is not available with monopolistic markets that are wary of outsiders.

Never taking your customers for granted

Owing to crowded markets, startups entering the current marketplace have an abundance of customer data at their disposal. Buying and spending patterns, history of purchases, search preferences, location data, etc. are up for grabs to be employed in decision-making. On the other hand, you are now faced with customers who have high demands because of the easy availability of high quality services. To keep yourself on the customer radar, you have to be willing to listen and change with customer needs and preferences.

Taking your customers for granted is a surefire way to stop growing, or worse, become forgotten. If your services are not even in consideration by your customers, your business will not survive. Today’s evolving marketplace has made it easier to understand your customers, now it’s just a matter of using the information to your benefit.

Dominating a small but loyal market

Consider any present day marketplace and you can probably name more than a few bigwigs already operating in the space. Take cloud computing as an example. It is now dominated by Amazon, Microsoft, IBM and Google, with a host of other big players following the trail. Any such market can be broken down into smaller and smaller chunks. These smaller markets are still large enough to sustain many industries on their own.

For example, my company works in a subset of cloud computing, providing SaaS to political campaigns and advocacy groups. Another company, Aircall, works in a similar space as us providing services to the support industry. There are so many more companies working in the same technological space as us, catering to very different (albeit relatively smaller), markets. If you can break down larger marketplaces and explore every possibility, you will find a niche that is underserved and ripe for new entrants.

Studying British tax data covering nearly 2 million companies, researchers Andrew Burke and Stephanie Hussels from Cranfield University found that companies launched in crowded markets had a higher chance of going out of business in the first year. However, the study also revealed that if it were to survive the first year, it had a higher chance of making it to the three-year mark.

By pitting yourself against tough competitors, you’ll be forced to struggle, rethink and pivot from a lot of preconceived notions you had about your company. Your business strategy, target market, marketing strategy and even your product should remain open to change if you expect to survive this crowd.

Author
Augustus Franklin
Augustus is founder and CEO of CallHub, a Voice and SMS service company bridging the communication gap for political campaigns, advocacy groups, and nonprofits. When he is not working, he is either making toys with his kids or training for a marathon.
Comments by Vanilla