John Lawson is a nationally known e-commerce and social media expert.  You can find him speaking at conventions all over the world and on colderice.com and if his name sounds familiar it’s because he was a winner of Startupnation’s own Home Based 100 contest a few years ago.

I’ve known John for a long time and we both thought it was high time we sat down and discussed my new position at BHFO, e-commerce, eBay, Amazon, business books, and of course, stripping.

So grab some coffee, pull up a chair, and enjoy!  Just click the link below to see the full 28 minute video: 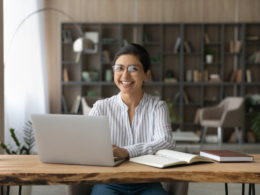 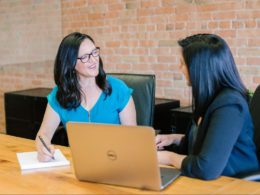 Many people have the goal of owning their own business. To expedite this process, becoming a franchisee of an established brand may be an attractive option, as entrepreneurs can build off a proven formula for success to guide their decisions as business owners. However, opening a franchise location is not a fast track to riches,...

The Advantages, Challenges of Building a Multi-Founder Startup

Running a successful startup is ultimately a team game—irrespective of whether you follow the single or multi-founder approach. At the end of the day, success depends on how efficiently you allocate resources to solve problems. At a multi-founder startup, this is an art form. As one of the four cofounders of Capchase, we were able...

Learn How to Run a Successful Franchise on StartupNation Radio

On today's franchise-themed episode of StartupNation Radio, Jeff is joined by co-host Chris McCuiston of Goldfish Swim School and two featured guests: Dr. Mary Mason of Little Medical School and Manish Vakil of Tumbles Kids' Gyms. StartupNation exclusive discounts and savings on Dell products and accessories: Learn more here Tune in to the full StartupNation...
This website uses cookies to improve your experience. We'll assume you're ok with this, but you can opt-out if you wish. Cookie settingsACCEPT
Privacy & Cookies Policy