Creative Clarity: The Elements of a Creative Culture 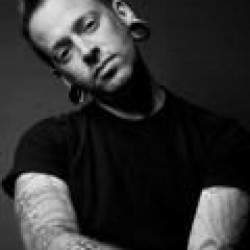 Jon Kolko
Founder at Austin Center for Design
Jon Kolko is the author of "Creative Clarity," partner at Modernist Studio, and the founder of Austin Center for Design. Previously the vice president of Design at Blackboard, he has worked extensively with both startups and Fortune 500 companies. He has been a Professor of Interaction and Industrial Design at the Savannah College of Art and Design, and has taught at the University of Texas at Austin, the Center for Design Studies of Monterrey, Mexico, and Malmö University, Sweden.

The following is excerpted from “Creative Clarity: A Practical Guide for Bringing Creative Thinking Into Your Company” by Jon Kolko, used with permission from Jon Kolko, © 2017

When we think of creative companies, we often picture Nerf darts and bean bags, and we associate creativity with sexy consumer companies like Facebook or Apple… You can even find it in industries like finance and banking, as is the case of Earnest, a midsized startup that promises to “offer better student loan rates through deeper data analysis, as well as unrivaled flexibility and client support.” (Earnest, 2017)

Earnest has taken a creative and modern approach to student loans. The company has been tremendously successful, having raised close to $300 million and having grown from 30 to 160 employees in a little less than two years. The company lends between $2 million and $5 million per day, with an average loan of $70,000. (Shieber, 2015)

The business approves student loans based on applicants’ behavioral data—assets, liabilities, spending patterns and bank-account contents—rather than credit score. A fair amount of this data comes directly from those bank accounts, which applicants link to Earnest.

The company has a simple cultural formula that has helped them remain creative. They view themselves primarily as a technology company rather than a financial company.

According to Brian Romanko, CTO of Earnest, “a characteristic of being a creative technology company is that one of your competitive advantages should be cost. And humans cost way more than computers do. We wanted to have all of the product pillars represented very early on—product, design, engineering and data science. Those were the roles we hired first; we didn’t actually hire people into credit operations and loan processors until we had loan applications. We were underwriting the loans ourselves.” The team celebrated creators rather than those in management or operations, and this translated to hiring behavior.

The big idea for Earnest came directly from its CEO, Louis Beryl, whose own student-loan applications were declined. Romanko explains, “…[Beryl] was like, ‘This is crazy. I know that I’m financially responsible. I know that I’ve paid all my debt obligations. I know that I’m going to Harvard. I’m going to be highly employable when I finish this program.’ He had to get his mom to co-sign with him. It just made no sense. So we started looking into how these determinations are made, and we found that nearly everyone uses credit scores. And credit scores have very coarse data. The majority of the data that goes into those algorithms comes from your debt obligations. And the frequency at which data is updated is essentially monthly.”

The team recognized that people have attributes that credit scores don’t track. Applicants have assets, education and employment, which those algorithms didn’t account for. So the seed of the company was a hypothesis that they could build a risk profile that takes into account those other characteristics, and the profile would be more accurate than a normal credit score. They looked to tools like LinkedIn to identify education and employment data, school records to prove enrollment, and a bank account to prove financial stability.

Romanko continues, “People thought we were crazy when we told them, ‘Oh, we’re going to get people to link their bank accounts to go through our loan application process.’ But by connecting that account, we can see the stream of transactional data. It’s at a daily frequency as opposed to a monthly frequency. And we see inflows and outflows. We can see your 401(k) account. We can see your savings account. So we can get this complete financial picture.”

The company’s hypothesis proved to be correct. They found that millennials—their target audience—were willing to connect their bank-account information if it gave them a lower loan rate, and it did. And the rate varies from borrower to borrower. The company bases individual loan terms on each user’s data and experiences.

Related: Want to Get More Creative? Surround Yourself With the Right People

The CEO came up with the key innovation of linking a bank account, and the leadership team established the company’s vision. That vision, a clear north star, established a culture of technology first throughout the company. For example, as the company was exploring student-loan refinancing, one of Earnest’s data scientists identified the traditional step-function pricing as an ineffective way of treating loans.

Romanko recalls an email exchange with that employee, who wrote, “If you’ve got a five-year loan that costs $1,000 a month and a 10-year loan that costs $500 a month, and your budget is $750, you have no choice but to take the longer loan. And what ends up happening there is that your loan duration is longer, and you’re actually paying more in interest than you would have otherwise…. it’s not fair to the borrower that you’re collecting this additional interest.”

Through more emails between the executive and the contributor, the pair arrived at a feature called precision pricing, where a user could actually set the loan budget. Earnest could then offer a loan with specific “non-standard” terms to that user, such as a seven-and-a-half year loan at a unique rate.

The idea that innovation can come from the bottom up is fundamental to a creative culture.

It means that employees feel safe and empowered, and feel a sense of ownership over the company’s products and services. They don’t view their job as simply a way to earn a paycheck. Instead, they view it as something to shape and mold, something that they have control over. The employee who helped to develop the successful feature had influence that the company developed as an explicit focus.

Although most companies now use technology to deliver products and services, being a creative technology company has a key indicator, Romanko explains. The company invests in developing technology instead of being constrained by trying to integrate off-the-shelf solutions. The company trusts the technology teams. “The amount of influence that those people (technologists, designers, and product managers) have,” he says, “is equal or possibly greater than the influence of the business or operational teams, and that makes a big difference. If the organization is purely people who don’t come from a creative technology background, they’re going to view the company from a sort of mechanical perspective, centered around a balance-sheet view.”

Additionally, the company has a culture of humility, so employees feel empowered to push back on leadership. Even interns have openly challenged the CEO in all-hands meetings, “Positional authority was never something that people paid attention to.” The company reinforces this culture through a variety of tactics; for example, all of their GitHub source code repositories are open to the company, and anyone can create a pull request (which means that anyone can essentially add their own content to the products). As a result, even non-technical users can make copy changes directly to the things customers see.

Additionally, in the early days of the company, Romanko says, they rotated desks every few months, to maintain a culture of openness. “One month, you might be sitting next to a client-happiness person. The next month, you’re sitting next to a finance person. We did this until we were 50 people. The other intent was—[you] don’t get the window seat because you’ve worked at Earnest forever. That wasn’t something we wanted. We wanted people who felt comfortable and could interact with other teams.”

Finally, the company has a culture of hard work and focus on products. It is clear on hiring people who are cultural fits with the company. Although the team has fun, it has no stocked liquor cabinets, bean bags or foosball tables. The culture may be a result of the age of the founders, Romanko notes, “We were all sort of mid-30s folks… it just wasn’t our personality, so it didn’t end up in the culture.”

CEO Beryl explains that this culture is fundamental to the success of a creative company: “It’s not just about previous experience or technical skills. More important is the culture fit of the team: Does everyone work well together, does each member have the passion to solve this particular problem, survive the ups and downs of an early stage startup and do whatever it takes to be successful?” (Beryl, 2014)

From Earnest, we can learn a few key lessons.

(Earnest) developed a creative culture based on trust: Leaders identified the fundamentals of openness, encouragement, and direct input and did their best to foster these ideas. While these ideas were shaped and refined somewhat organically over time, they were initially the result of explicit focus on culture. A creative culture comes by design and shouldn’t be left to circumstance.

“Creative Clarity: A Practical Guide for Bringing Creative Thinking Into Your Company” is available now at fine booksellers and can be purchased via StartupNation.com.

Author
Jon Kolko
Jon Kolko is the author of "Creative Clarity," partner at Modernist Studio, and the founder of Austin Center for Design. Previously the vice president of Design at Blackboard, he has worked extensively with both startups and Fortune 500 companies. He has been a Professor of Interaction and Industrial Design at the Savannah College of Art and Design, and has taught at the University of Texas at Austin, the Center for Design Studies of Monterrey, Mexico, and Malmö University, Sweden.
Comments by Vanilla