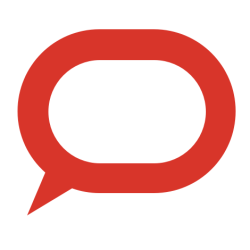 The Conversation
The Conversation is an independent, non-profit news site bringing academic expertise to the general public in accessible writing.Find all of our coverage on business and the economy at TheConversation.com

Latest posts by The Conversation (see all)

Here is an accurate prediction for a change: No matter how Black Friday and Cyber Monday sales turn out, one big winner of the Thanksgiving shopping extravaganza will be mobile commerce.

Mobile sales grew almost 53 percent from 2014 to 2015 on Cyber Monday, earning $514 million of the $3.07 billion total revenue for the day. Cyber Monday was an instant hit when it was created in 2005 by the National Retail Federation (a major retail trade association), and is today by far the largest online shopping day of the year in the U.S.

As an e-commerce researcher, I know that Cyber Monday will likely become the biggest shopping day of the year, online or otherwise, sometime in the next decade. Key to that growth will be Americans’ increasing familiarity with using mobile devices to buy on the go. The e-commerce industry’s next marketing innovations could bring location- and search-specific promotional deals, or even shopping for physical items using augmented or virtual reality.

A touch of history

When it began, Cyber Monday was an online shopping counterpart to the in-person retail frenzy of Black Friday, the Friday after Thanksgiving that traditionally opens the Christmas gift-shopping season. Retailers wanted to take advantage of the fact that office workers were back in their offices after a few days off – so perhaps they could be enticed by a few special deals.

At the time, it also served as a promotion for the then-new possibility of shopping online at Amazon and the websites of big-box retailers like Target and Best Buy. Early marketing aimed not just at office workers, but also customers who didn’t enjoy elbowing their way through thronged big-box stores. A side benefit appeared for real shop-til-you-droppers: If they missed out on a Black Friday deal, they could buy it online.

There was a different, less festive attitude: If Black Friday meant shopping for fun, Cyber Monday was the day to shop for function. In the early days, products promoted on Cyber Monday were typically electronics, like computers and televisions. The name implies a focus on technology as both what would be bought and how it would be purchased. For the past five years or so, more than half the U.S. workforce comes to work on Cyber Monday intending to shop online while at work.

As a result, it is no longer a day where shoppers look for electronics only or deals they missed during Black Friday. Now Cyber Monday is a broad shopping experience spanning every product category imaginable.

Here is an accurate prediction for a change: No matter how Black Friday and Cyber Monday sales turn out, one big winner of the Thanksgiving shopping extravaganza will be mobile commerce.

Related: How to Prepare for Cyber Monday

It would be difficult to imagine Cyber Monday getting this big if not for the increased availability of mobile technologies. Until only a few years ago, the year-to-year growth of mobile commerce was just incremental.

Early researchers did not view mobile commerce as a replacement of computer-based e-commerce, but rather as a convenience tool for on-the-go purchases like concert tickets, and to carry electronic coupon codes rather than printing them for use at brick-and-mortar stores.

Many researchers (including yours truly) argued that it was difficult to think of mobile as a major shopping platform because a phone was designed not as a screen to look at but rather a device to span the distance between a person’s ear and her mouth. Some even predicted that mobile commerce would gain traction once cellphones came with integrated bar code readers.

We were proved wrong when the smartphone brought together a fully functional computer and a high-resolution camera, along with touch-screen controls allowing zooming in on images. Smartphones rapidly became most Americans’ primary Web surfing device. Today, most large online shopping sites have a mobile version for easier viewing on smaller screens, and mobile shopping as a platform is still rapidly growing, with large retailers now reporting more sales via mobile devices than via desktop and laptop computers combined.

The future development of Cyber Monday will include both competition and expansion. Big retailers spend huge amounts on advertising their Cyber Monday deals, which can put smaller companies at a disadvantage. So far, the event is a big retailers’ game; smaller players need to work hard with their small budgets to bump sales on Cyber Monday. (They also have their own Small Business Saturday event, largely a brick-and-mortar affair).

Retailers are pushing the start date of their deals earlier to beat the competition, and creating even more dates for good deals (Nov. 11, “Singles Day,” is a successful global example). But Cyber Monday will no doubt keep growing in the mobile arena for years to come.

E-commerce marketing strategies are constantly changing, and it is conceivable that we will soon see more Cyber Monday deals beyond retail, such as travel deals, even targeted products and services for businesses. Retailers will also take advantage of the emerging augmented reality technologies on the mobile platform to market their products and special deals. Maybe every day is not yet Cyber Monday, but with the rapid growth of mobile commerce, every day is a Cyber Funday to shop online.

This article was originally published on The Conversation. Read the original article.

Author
The Conversation
The Conversation is an independent, non-profit news site bringing academic expertise to the general public in accessible writing. Find all of our coverage on business and the economy at TheConversation.com
Comments by Vanilla