Perfect Your Pitch to Exceed Your Crowdfunding Campaign Goal 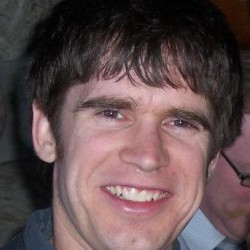 Daniel Matthews
Contributor at StartupNation
Daniel Matthews specializes in delivering valuable insights for small businesses, entrepreneurs and startups. On a mission to build his own personal brand as a writer, consultant and journalist, he believes in connecting with one's audience and peers to make work better.

SunPort is a solar startup that blew its crowdfunding goal out of the water by promising to deliver solar energy to anyone with access to an outlet.

SunPort’s Kickstarter campaign exceeded its goal by more than $45,000. This precipitated attention from Forbes, earned the company the Consumer Electronics Startup Award and placed it in Best Company’s pantheon of game-changing developments in solar energy, right up there with solar-powered planes.

Meeting and exceeding a crowdfunding goal is no small task for any startup. Here’s how SunPort did it, and how your startup can, too.

Paul Droege is the president and founder of SunPort. At the outset, he saw the problem: plenty of people like the idea of solar energy (90 percent of Americans want more of it) but plenty of people can’t afford it.

Droege engineered a solution to the problem and then went to work on the issue of securing funding. He spent about four months preparing for the Kickstarter campaign.

His number one recommendation for those planning a crowdfunding or Kickstarter campaign: double the amount of preparation time you think you need, because crowdfunding campaigns are intensive and short.

Part of Droege’s success came down to his pitch. Armed with his product and information on how it solves a real problem, he applied for a pitch contest at SXSW and won.

Some takeaways from Paul’s pitch:

There are plenty of technical aspects to how SunPort works, but Droege chose to simplify, speaking in terms of problem, solution and the novelty of how his product works.

The pitch opened up big PR possibilities. The SXSW win meant Fallon International, a marketing agency that helps launch crowdfunding campaigns, was on board to do PR and help with nuts and bolts.

Related: How to Make a Killer Crowdfunding Campaign Video

Like a good pitch, a good video is essential to a crowdfunding campaign. To be clear, Droege doesn’t necessarily recommend taking the same process SunPort took with its video. It was expensive and took a long time, due to countless rounds of edit. Droege recommends more preparation and less rework.

You can DIY or hire a production company. Either way, to prepare for your video, identify your target audience by doing the following:

Comprehensive knowledge of your target audience will prepare you to craft a video that directly addresses desires and concerns.

Take plenty of time to plan out every aspect of the video, including scripting, tone, setting, lighting, length, wording and overall message. Address your audience directly and nail your message—be strong and clear about what you want to accomplish and why.

Knowing your audience will help you understand what types of packages to offer during the campaign. It helps to offer as many options to backers as possible without overdoing it.

Droege found plenty of people were interested in a beta version of the product and the opportunity to help develop the app that comes with it. Consumers were also interested in packages that included multiple units, and SunPort sweetened the deal by offering one year of free solar.

When crafting your own campaign’s offerings, provide several tiers, from a $10 to $20 pledge all the way up to $1,000 and more. Make them worthwhile—as sweet a deal as you can offer for the price.

Among others, Droege reached out to Fast Company and Technica Communications, and both publications ran articles about SunPort during the campaign.

Leading up to the campaign, hone your pitch and craft a press release that captures your message without being heavy-handed. Personally reach out to big publications and tell them about your upcoming campaign. Focus entirely on your message. What problem(s) does your product or service address? How does it solve them? How is this relevant to consumers?

In the end, great ideas win over a crowd when you present them in a way people can understand. Dedicate yourself entirely to the campaign. In an interview with JumpStart, Droege offers the following advice:

“Devote virtually all of your time to the campaign while it is running. The campaign is a very intense but very rewarding time of customer interaction, so prepare for it and then make the most of it.”

Author
Daniel Matthews
Daniel Matthews specializes in delivering valuable insights for small businesses, entrepreneurs and startups. On a mission to build his own personal brand as a writer, consultant and journalist, he believes in connecting with one's audience and peers to make work better.
Comments by Vanilla