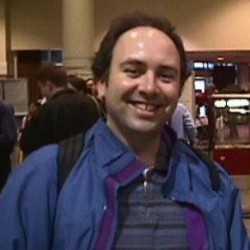 Not too long ago, video advertising was mostly done through television advertising. Aside from the ads theatergoers saw before a feature film, brands trying to win viewers’ attention had only one platform on which to do it: TV.

Today, advertisers not only have the internet, but they also have a series of social media platforms to select from: YouTube, Facebook and Instagram Stories each have their own audience, optimization tools and cost structure when it comes to advertising.

So, what’s an entrepreneur to do?

Today’s entrepreneurial advertisers have a choice to make: Is television’s wider reach worth its lack of interactivity? Do online videos reach enough viewers within their target demographic? Can a 15-second TV spot do a brand’s story justice?

How to pick your ad platform

There’s no right or wrong way to answer the above questions, but there are several factors to consider when it comes to determining where you should run your startup’s video ads:

Why do you want to run a video ad in the first place?

Take the example of Molekule, an air purifier startup that sought to boost sales. The company chose Facebook for its video advertising. Using the social site’s campaign budget optimization tool and partnering with performance video company, TubeScience, it realized a 19 percent lower cost per purchase and a 1.25-fold greater return on its ad spend.

On the other hand, if reach on a single ad matters most to you, traditional television might be your best bet. Live and time-shifted television programming reaches 88 percent of American households, Nielsen data shows.

Although you can’t expect that proportion to see your specific ad (as timing and channel choice are key), you’re likely to reach more Americans with a CBS ad than, say, an Instagram Stories one. Of course, there’s also the cost of the traditional television ad buy, which is often out of the question for bootstrapped startups.

Who is your audience?

With that said, breadth isn’t the only audience attribute that matters. The closer your ads viewers are to your core users, the more likely it is to connect with them. And the more your ad resonates, the better return you can expect on your investment.

As you might expect, traditional television skews toward older audiences. According to Nielsen, the median age of a live television viewer is 56.

What about online platforms?

YouTube’s audience is younger, more educated and more international than that ofuse traditional TV. Instagram users are younger still, with 90 percent under the age of 35. Facebook’s audience is more diverse; its core user is a millennial woman. But because each of those platforms provides custom audience tools, advertisers can target demographic groups more precisely than they can via TV.

Of all the factors video advertisers must consider when choosing a platform, content might be the most clear-cut. Although both online and TV ads can be brand- or product-focused, that’s about where the similarities end.

With few exceptions, traditional TV ads must be 15, 30, or 60 seconds in length. They need to be “G” rated, and the information they present can’t be overly complex.

Online, advertisers have more options: Ads can be as short as 6 seconds and as long as brands like. When targeting more educated audiences, advertisers can make more nuanced pitches. And though the host itself might, the FCC doesn’t restrict profane, indecent or obscene content online.

Traditional television viewership may be down, but TV ad costs are still steep. For a national 30-second commercial, advertisers can expect to pay around $115,000, AdAge data shows. For Super Bowl ads, that average cost rises to an eye-popping $5.25 million. Again, not entirely reasonable for the average startup.

Facebook’s minimum daily ad budget, when charged by impressions, is $1 per day; for campaigns charged by clicks, likes, views or engagement, the daily minimum is $5. Although YouTube doesn’t have a hard minimum, the site suggests $10 as a starting point for local campaigns.

After deciding on a platform, it’s time to really drill down. Those that want to be on television have over-the-top providers, broadcasters and cable channels to pick from. Advertisers that opt for online video need to compare the different platforms like Facebook, YouTube and Instagram, as well as the different placements they offer. Both categories have local and national options as well.

These are big decisions, to be sure. But the first and most important one is which ballpark you want your startup to play in.