Inside the Mind of Entrepreneurs: A Psychological Peek 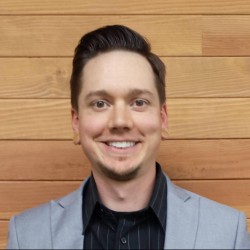 Jordan Kasteler
Contributor at StartupNation
Jordan Kasteler is a freelance marketing consultant and entrepreneur, passionately innovating the status quo. He has a history of entrepreneurship co-founding and serving positions in such companies as BlueGlass Interactive, an Internet marketing agency, and SteelCast, a tech incubator housing several other self-started companies. His work experience includes in-house SEO at Overstock.com, marketing strategy at PETA and agency-level SEO. Jordan is also an international conference speaker, blogger and book author of "A to Z: Social Media Marketing."

Risk takers. Success seekers. Wild creators. Entrepreneurs. We all know what entrepreneurs are: people who are willing to take enormous risks to chase new opportunities. Some start business after business, as if no one success is enough. What drives these individuals? What is inside the mind of entrepreneurs? What makes them the way they are?

As individual as most successful tycoons must be, they do share many of the same core psychological elements that drive them to be entrepreneurs.

“Entrepreneurs aren’t afraid to put it all on the line because they know the worst case scenario is that they fail and gain useful experience for their next idea.” – Eric Siu, co-founder of CareSprout Senior Living

The two most powerful psychological aspects in the makeup of an entrepreneur are a propensity to take risks and a drive for achievement. Human beings as a species get a rush from taking risks. However, many of us don’t feel this thrill as strongly as entrepreneurs do. Hence, we’re less likely to view a risk as worth taking. Entrepreneurs actively seek out risky opportunities and are more likely to decide to undertake them. Entrepreneurs are the daredevils of the business world.

However—and this is essential to remember—entrepreneurs don’t take risks simply because they’re there. Successful magnates will always weigh a risk’s potential gains and losses, and if they decide it isn’t worth it, they won’t take it. Entrepreneurs take calculated risks, not impulsive ones. Some think of them as extreme risk-takers, but they don’t realize how much thought an entrepreneur puts into deciding to take a risk.

These two ideas (entrepreneurs as risk takers and as calculated decision-makers) may seem contradictory, but they aren’t. Entrepreneurs are simply more willing to accept risks and judge them based on their pros and cons without the fear that others feel when considering something chancy.

Often times, entrepreneurs possess a stronger need to achieve than most others. They need to succeed to validate their self-worth. This is why they’re willing to take risks, but not those that will likely fail. An entrepreneur who gambles and fails feels that defeat quite powerfully. He or she may move on, but it damages his or her self-worth all the same. Entrepreneurs dream of risky opportunities that have amazing potential for personal success.

“Entrepreneurs are wired differently,” says Matt Banner of OnBlastBlog.com. “We thrive off of opportunity and potential, regardless if there is risk involved or not. With high risk, comes high reward.”

Also on StartupNation.com: How to Become an Entrepreneur

An entrepreneur’s powerful drive for personal achievement means he or she is usually willing to work remarkably hard to complete tasks. Because these moguls base their self-worth on achievements, it’s easier for them than it is for most to neglect other areas of their lives while they work long hours to reach their goals.

Risk taking and creativity often run hand-in-hand. There’s always some measure of risk in creating something and showing it to the world; sensitive artists often balk at revealing their art, no matter how awe-inspiring it is. Entrepreneurs, on the other hand, will gladly create something and reveal it to the world. Not every entrepreneur is wildly creative, but most of the successful ones are—and all of them will happily showcase their inventions if they believe it will result in a personal victory.

Tolerant with an internal locus of control

The psychological term “locus of control” refers to what people believe causes the events that make up their lives. This can be either internal or external. Entrepreneurs, for example, almost exclusively have an internal locus of control.

Individuals with such mindsets believe they are ultimately responsible for the success or failure of their ventures.

Moreover, entrepreneurs are usually far more tolerant of uncertainties and ambiguities than other people. They’re more comfortable making decisions when they lack complete information (which happens quite often when beginning a business). An entrepreneur may not be able to predict cash flow, need for business credit cards or loans, market interest, competing companies, or other things, but business decisions must still be made—and entrepreneurs are more comfortable making them than others would be in the same situation.

Many entrepreneurs share one more trait: they actually become more determined to succeed after failures or rejections. While failure may cause some harm to their sense of self-worth, they turn that into a reason to try again.

Entrepreneurs are a strange and amazing breed, prone to risks and creative initiatives. They tolerate ambiguity and believe that they’re ultimately responsible for the success or failure of their ventures. Indeed, few people work as hard as entrepreneurs with personal achievements on the line.

Author
Jordan Kasteler
Jordan Kasteler is a freelance marketing consultant and entrepreneur, passionately innovating the status quo. He has a history of entrepreneurship co-founding and serving positions in such companies as BlueGlass Interactive, an Internet marketing agency, and SteelCast, a tech incubator housing several other self-started companies. His work experience includes in-house SEO at Overstock.com, marketing strategy at PETA and agency-level SEO. Jordan is also an international conference speaker, blogger and book author of "A to Z: Social Media Marketing."
Comments by Vanilla
Previous Article

15 Ways to Improve Your Leadership Skills

5 Online Mistakes to Avoid as a Small Business