How the Gig Economy is Transforming Entrepreneurship 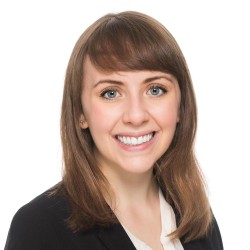 Think about the last time you trekked across town, ordered food or looked for a place to stay in a new city. The common thread linking all three experiences is that, chances are, you used an app that relies on workers in the gig economy.

No one knows this better than entrepreneurs; after all, entrepreneurs in the tech industry created some of the most recognizable gig economy networks, including Uber, Airbnb and Upwork.

In a recent study, Clutch analyzed survey responses from 521 workers to learn more about their experiences with the gig economy, and how entrepreneurs can use this data to make decisions about how the gig economy can benefit their businesses.

Overall, entrepreneurs should study the gig economy to make hiring decisions, scale their businesses and take on specialized projects.

The workforce is changing

The gig economy is changing the way entrepreneurs create jobs and hire workers.

Today, more than one-third of employees (36 percent) participate in the gig economy outside of their current jobs. McKinsey predicts that up to 800 million workers will need to find new livelihoods by 2030, possibly swelling the ranks of freelance workers.

In 2016, a survey by the Freelancers Union found that 79 percent of freelancers believe that freelancing is better than having a traditional job. Meanwhile, generations of workers differ in their preferences about work.

Millennials say they’d rather be their own bosses, with 72 percent preferring independent work to a traditional environment.

Even workers in traditional full-time jobs want more flexibility, such as the option to work from home or arrange alternative hours.

For entrepreneurs, this means looking for employees in nontraditional places and challenging the assumption that your company will exclusively hire full- and part-time workers.

Instead of hiring a recruiter, you might be better served by pouring your energy into crafting job descriptions for a freelancer network like Upwork.

Similarly, you might find that your lean startup can get by with hiring a freelance writer to develop your blog content, a legal consultant to read over your contracts on a case-by-case basis, or an independent web designer to build your site.

Instead of hiring full- and part-time workers exclusively, you will probably hire a mix of core employees and gig economy workers as your business grows.

Related: How the Gig Economy Makes Having a Side Hustle Easier Than Ever

The familiar imagery of a formerly scrappy startup finding its power in vast numbers of employees loses some of its impact once you take the gig economy into account. Today, startups are cheaper to build but more expensive to grow, writes Venture Capitalist, Andrew Chen.

In the face of rising costs, companies are turning to the gig economy to achieve results on a budget. Nearly 60 percent of companies now hire temporary or contract workers, in part to save money.

When entrepreneurs hire workers from the gig economy, they save recruitment costs and the cost of benefits. Additionally, taxes typically aren’t withheld for gig economy workers, lightening the burden on employers.

Although the debate about whether or not this is good for the workforce is vitally important, the short-term benefits for businesses are hard to ignore.

As entrepreneurs scale their companies, they can rely on short-term workers for additional support when needed, without the financial risk of a larger full-time staff or less risk of future layoffs if circumstances change.

Most entrepreneurs hit a point where they have to make tough decisions about what’s outside the scope of their business, and what represents the next market they can target in order to attract new clients.

For example, let’s say you run a digital marketing startup. You’re eager to retain a favorite client’s business, but they want all of their new marketing materials in both English and Portuguese – a language that no one on your staff speaks. Google translate isn’t going to cut it.

Instead of losing this client to another firm, you can turn to the gig economy for help.

Through the gig economy, you can easily hire a qualified translator, and as soon as the job is over, your company pays for the service and can part ways.

In addition to scenarios like this one, companies are increasingly turning to the gig economy for short-term help with technical tasks. Nearly one-third of companies (28 percent) hire gig economy workers for help with development, analytics and other IT services.

The gig economy has already transformed the way we work, and more change is ahead.

For entrepreneurs, the gig economy can increase agility while minimizing financial risk. Whether you’re experimenting with providing new services or are in need of short-term help with a technical problem, the gig economy can grant access to top-tier talent at the click of a mouse.

By embracing the gig economy, you might even gather the resources to introduce the next big disruption yourself.

Author
Michelle Delgado
Michelle Delgado is a writer and marketer at Clutch, a B2B ratings and reviews firm based in Washington DC. She reports on the future of work, human resources and web design.
Comments by Vanilla