Tapping Into Empathy: Turn Your Everyday Insights Into the Next Big Thing [Book Excerpt] 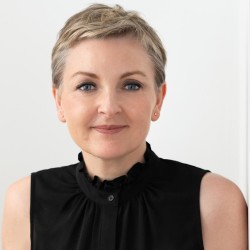 Bernadette Jiwa
Founder at The Story of Telling
Bernadette Jiwa is a recognized international authority on the role of story in business, innovation and marketing. She advises, consults and speaks to entrepreneurs and business leaders who want to build meaningful brands. Her work with global brands helps them to internationally create products, services and marketing that make them matter to their customers. She is the author of five best-selling books on marketing and brand storytelling. Her last book, "Meaningful," was featured on Inc. magazine's list of The Best Business Books of 2015.

The following is excerpted from “Hunch: Turn Your Everyday Insights into the Next Big Thing” by Bernadette Jiwa with permission of Portfolio, an imprint of Penguin Publishing Group, a division of Penguin Random House LLC. Copyright © Bernadette Jiwa, 2017.

By any standard, Abigail Forsyth was doing well. She’d done the sensible thing and earned her law degree, rather than following the more unpredictable path of fine arts. She was working for a small Melbourne law firm, and she had a wonderful boss and some excellent small business clients. Yet she couldn’t settle. She and her brother, Jamie, who was living in London at the time, kept batting business ideas back and forth. One of his ideas was a café and sandwich business along the lines of the Pret A Manger concept he’d seen taking off in the U.K. How hard could a coffee and sandwich business be?

Abigail and Jamie went on to launch and operate a chain of cafés called Blue Bag in Melbourne for the next twelve years. It was tough and all-consuming work on every level, but they excelled and were great at it. One of the more troubling aspects of the business for Abigail was the waste they generated. She recalls spending a day just breaking down packing boxes in the kitchen ready for recycling; add to that the waste from disposable coffee cups, and just their little empire was creating a significant negative impact on the environment. A successful café in Melbourne can knock out up to 1,000 coffees a day—that’s a lot of garbage they can’t monitor the recycling of.

Abigail’s KeepCup epiphany came when she was watching her toddler drinking from her reusable sippy cup. She would never dream of giving her daughter a drink from a cup that was used once and then thrown away. What they were doing in the specialty coffee industry seemed wrong, never more so than in that moment. She decided to do something about it.

As a barista living and working in Melbourne, Abigail was used to seeing environmentally conscious customers hand over their own cups to be filled with takeaway coffee. Of course, these customers were in the minority, but the other interesting thing was that they were very sheepish about doing the right thing. They felt like outsiders, partly because many baristas would roll their eyes when presented with a customer’s cup.

The issue for the barista was the inconsistent size of the cups, which also didn’t fit under the group-head of the coffee machine. This made it impossible to determine if they were still making decent coffee. If Abigail and Jamie were to have a shot at creating behavior change by designing a reusable coffee cup, it needed to meet barista standards as well as appeal to the people who would use it. Abigail and Jamie had the advantage of understanding both sets of needs. They understood the baristas’ objections and the needs of the sustainability-conscious customer.

The cup had to be easy to use, fit under the group-head and be available in standard disposable-cup volumes. Before investing heavily in the idea, they decided to trial it at Blue Bag cafés, offering a fifty-cent discount on every coffee to customers who requested a reusable cup. Fifteen percent of their customers took up the offer, giving Abigail and Jamie the confidence to go ahead and launch KeepCup in June 2009 with an investment of $250.

Abigail and Jamie used local designers and manufacturers close to home in Melbourne (and still do), as this aligned with their sustainability mission. If KeepCup was going to be something people wanted to use again and again, it had to be functional for both baristas and users, but it had to be beautiful, too.

Their first big break before the cup went into production was a meeting and subsequent order of 5,000 from National Australia Bank in Melbourne; the product aligned perfectly with the bank’s new sustainability initiative. The next hint that the idea would fly came when Abigail and Jamie took part in the city’s Design Markets in Federation Square the month that they launched. They completely sold out in six hours and got a lot of positive feedback from customers, many of whom spent ages deciding exactly which color cup to choose. Severed also told them that the cup was “too cheap” and they would happily pay more for it.

Watching how people engaged with the products was priceless, and Abigail and Jamie took those lessons back with them to the business. Within two months, the fledgling company had another big break. Will Young, CEO of the prestigious Australian Campos Coffee brand, called and ordered 15,000 KeepCups. This was more than just proof of concept or a sale; it was a resounding endorsement from a leader in the specialty coffee industry.

In the first 22 months of business, 800,000 KeepCups were sold. The business now sells in sixty-five countries worldwide and has international teams of staff in the U.K. and U.S.A. In 2015, KeepCups went on sale in selected McDonald’s restaurants and the major coffee chain Hudsons. But sales volumes are not the driver for Abigail, who now owns the business. She’s happy to sell as few as thirty cups to a small independent café and sell direct to customers online.

If you were to ask Abigail what the key to the brand’s success was, she’d say timing. It was an idea the world was ready for, especially her corner of the world in Melbourne, where the sustainability conversation was gaining momentum. KeepCup was for people who were beginning to think about the part they could play as individuals. It was a brand that also led with design, color and fun that was both aspirational and accessible to them. You just had to be awake to the opportunity that existed to serve them.

“Hunch: Turn Your Everyday Insights into the Next Big Thing” is available today at fine booksellers and can be purchased via StartupNation.com.

Reviews of “Hunch: Turn Your Everyday Insights into the Next Big Thing”

“This brilliant little book is sure to inspire the next new meaningful product or company.”
-Ivy Ross, VP design at Google

“At the heart of every great business is a leader with a curious mind, heart, and spirit. ‘Hunch’ helps you to tap into those often overlooked yet valuable qualities that will unlock your boldest ideas.”
-Chip Conley, strategic adviser at Airbnb

“This book provides much needed jet fuel for any leader of creative people. Ber­nadette Jiwa reminds us that if we want to leap, we must use our higher human capabilities and not delegate our intelligence to data and tech.”
-Chris Bruzzo, chief marketing officer at Electronic Arts (EA)

“’Hunch’ arms you with powerful tools you won’t find in a traditional business book. Read it and realize the potential we all have to be creative.”
-Antonio Zea, senior director at Under Armour

Author
Bernadette Jiwa
Bernadette Jiwa is a recognized international authority on the role of story in business, innovation and marketing. She advises, consults and speaks to entrepreneurs and business leaders who want to build meaningful brands. Her work with global brands helps them to internationally create products, services and marketing that make them matter to their customers. She is the author of five best-selling books on marketing and brand storytelling. Her last book, "Meaningful," was featured on Inc. magazine's list of The Best Business Books of 2015.
Comments by Vanilla