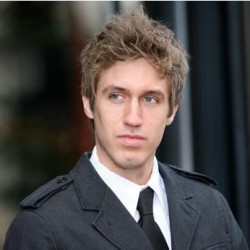 Jeff Barrett
CEO at BarrettPR
Jeff Barrett is a Shorty Award Winner, Inc. columnist, a member of Forbes' Top 50 in Social Media, Business Insider's #1 Ad Executive and someone who is oddly comfortable listing his own achievements. He is the CEO of BarrettPR, helping startups and major companies get the national press they deserve.

I grew up in the Midwest where discussions of money, politics, religion and college football allegiances are deemed impolite. But if you’re not talking about politics in 2017, you’re likely not paying attention. It’s the best reality show on television. The New York Times, Washington Post, CNN, Fox News, MSNBC and more are getting their best ratings. It’s a great time to be a journalist, a terrible time to be a lawyer and a confusing time to be in PR. You may already be wondering how Anthony Scaramucci and your startup intersect. There’s a point. This isn’t one of those articles on Facebook with a catchy headline.

One year ago, Scaramucci was a campaign surrogate for then candidate Donald Trump. Surrogates have the unenviable job of going on cable news and explaining the daily triumphs and mishaps of politicians. They take the punches, bob, weave and do it all with a smile. The Mooch was the best. He was always charming, happy and had a knack for spinning even the toughest mishap or policy in to a positive.

So after six months of White House messaging struggles, Anthony Scaramucci was seen as a natural choice to come in and take over as White House communications director. A chance for the administration to stop playing from behind and get back on offense.

Politicians from FDR to Nixon to present day have all believed that they can control the message. When someone says, “drip, drip, drip,” it refers to information slowly leaking until the truth eventually becomes 100 percent visible.

Related: Use Public Relations to Grow Your Business

When there were three TV stations and no internet, it may have been plausible (to some extent) to control the message. It’s not now. There are a million outlets. Everyone has their own outlet on social media.

Now you can debate that social media channels aren’t open or unbiased—that influencers, bots and other tricks can flood news feeds. But that’s a larger discussion for another time.

The greater point is that you cannot control the message, but you can be upfront. Uber has struggled this year to get back out front and undo damage to the brand. The White House has struggled from day one to get out front.

In either case, the fault isn’t with the communications strategy. It’s the underlying cause.

If you’re Uber and have an organizational culture that has trouble respecting women, you can’t spin that. If you’re Sean Spicer arguing over crowd sizes on day one—even though all of social media has pictures that contradict your claim, you can’t spin that. Your best and only strategy is to embrace it, admit errors, make changes if needed and move forward.

So don’t worry about spinning bad news as a startup. You’ll have bad days. Face them head on and if you make mistakes, admit them.

We have come to a cultural point where we respond more positively to honesty, especially brutal honesty. Millennials gravitate toward companies that give back, that share values but that doesn’t mean they expect perfection.

The cover up is worse than the crime, so to speak. And everyone, everywhere, at all times has access to information. You can’t hide anything, so never make that your PR strategy. Be transparent.

Now back to The Mooch. A lot can happen in 10 days, right? I told you I would get back to this. His aggression was encouraged. His profanity was tolerated. He’s not out because he admired how flexible Steve Bannon was. He’s out because he became a distraction and because new Chief of Staff, John Kelly, has no time for distractions.

The old tricks of PR (controlling the message, distraction, deflection) aren’t working anymore. And that creates a window of opportunity for startups. It levels the playing field. Well-established competitors can’t control the media narrative. So now it comes down to which company can use an earned media strategy to convince consumers and create happy customers that become micro influencers to grab press.

So when you see Anthony Scaramucci crash and burn, or Donald Trump Jr.’s ever-changing story regarding a Russia meeting, you should be excited regardless of your politics. And that’s not because you’re rooting for people to fail. It’s because the old system of controlling the media narrative is dead.

Author
Jeff Barrett
Jeff Barrett is a Shorty Award Winner, Inc. columnist, a member of Forbes' Top 50 in Social Media, Business Insider's #1 Ad Executive and someone who is oddly comfortable listing his own achievements. He is the CEO of BarrettPR, helping startups and major companies get the national press they deserve.
Comments by Vanilla
Previous Article

What to Do When Your Startup's Revenue Flatlines