4 Lessons in Brand Management from the Twittersphere 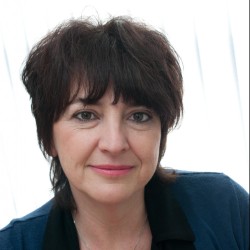 Heather Landau
Founder at StartAnAmericanCompany.com
As the founder of StartAnAmericanCompany.com, Heather Landau has honed her skills in service advisory from the pragmatic to the practical. With a total of 25 years combined experience in international marketing and business development, Heather is a leading voice on company formation in the U.S., and operates similar services across Europe and the rest of the world. On top of her knack for helping SMEs develop into the USA, Australia and Europe, Heather holds a BA (Hons) in Modern Languages (French/Italian), and is conversational in German and Spanish.

Twitter for businesses is a notoriously difficult beast. With a climate that’s ripe for reactionary statements and recycled jokes, it can seem hard to get a serious message across, let alone an earnest bit of branding. You only have to look at the numerous failed hashtags to see how a message with honest intentions can be hijacked, putting your startup’s reputation at stake due to poor brand management.

In the last few years, however, brands seeking to appeal to Twitter’s predominantly young audience have taken a new approach to stand out. Noting the popularity of accounts known collectively as “weird Twitter” (comedy personas dedicated to bizarre non-sequiturs), businesses such as Denny’s, Wendy’s and Hamburger Helper are completely reinventing themselves for social media.

Here are five lessons your startup can learn in brand management from this social media phenomenon.

One thing that many businesses forget about when it comes to social media is that it’s meant to be social. These platforms were designed for people to talk to one another. In the years since their inception, each one has developed a unique pattern of speech and sense of humor. When businesses adopt the marketing lingo of other platforms, or even other businesses, they lack authenticity.

It may seem that the casual way in which people often talk with one other isn’t the way businesses should interact with their customers. However, as a small business, you have the opportunity to be more agile and you often have the chance to take more risks.

Cultivate a distinct brand voice. Building a positive reputation means being honest, natural, funny when appropriate, and sharing the things you love. Flaunt your idiosyncrasies. Play around with Photoshop and mash up your brand with popular culture. Fortune favors the brave (and slightly crazy).

That’s a wrap! Thanks for an amazing day, everyone – hope you enjoyed the responses. Have a great weekend! #AskSonic pic.twitter.com/5y994IM6DA

When you’re browsing Facebook, you might be looking for news, videos and photo updates from people and pages you trust. When you’re on Twitter, you’re looking for up-to-the-minute updates, topical jokes and personality-driven content. Instagram is for curated, spruced up photos from people’s lives, and Snapchat gives you a peek behind the curtain. In short, every platform has a unique selling proposition (USP) that your business should adhere to.

When it comes to your business, make the effort to craft content that has value, and that people actually want to see in their feed. This comes back to being funny, smart and straightforward, but it also means using social media’s features to your advantage.

You could invest in creating your own GIFs, making sure they have a broader use than just plugging your product. Try producing short video content, or even look to connect with popular content creators who like your brand. Each social media site has its own specific feature set and usage habits, and it’s important to have a unique approach for each.

Some businesses require that their Twitter account is earnest and honest, like when it’s used for customer service, for example. It might not reflect well to have several employees responding in different styles, or to be making jokes when people are complaining about your product or service. But due to a lack of knowledge or influence on the part of social media teams, this kind of customer service isn’t always helpful. Those failures inevitably open your profile up to vitriolic abuse.

This is somewhat less of a problem for a startup, where your social media presence is likely to be in closer contact with the business owner (or is the business owner themselves). But even small businesses and brands can be targeted by trolls and abuse, particularly if they offer a digital product or service which dwarfs the actual size of the business.

In this situation, it can easily feel like your business’s reputation and future are under threat. As much as negative tweets can snowball, so can a good comeback. Opening yourself up for ribbing is a particularly key tool in the arsenal. Publicly (and playfully) showing your sense of humor helps to safely ignore the worst abuse. With any luck, this attitude will help to lessen any serious trolling in favor of some light-hearted fun.

zoom in on the syrup pic.twitter.com/omRBupjrXq

What this means is that this type of content can be extremely shareable. Take the above tweet from restaurant chain Denny’s. The brand has cultivated a uniquely weird Twitter persona, while still linking its tweets to the food provided by the restaurant. The result is tweets like this one, which goads users into following a breadcrumb trail of text on an image. The end result is a waste of time, but you have fun doing it.

Denny’s and similar profiles get a head start because of their follower base, but they have built this up over the years from a much smaller audience. People gravitate toward and follow a brand’s Twitter feed because they a) seriously love that brand or b) find some value in the content.

Craft consistently great tweets, and use hashtags to latch onto popular trends in order to help people to find your profile naturally. Eventually, you’ll find that people follow you who may not have heard of your brand previously. There’s no greater sign of success.

Author
Heather Landau
As the founder of StartAnAmericanCompany.com, Heather Landau has honed her skills in service advisory from the pragmatic to the practical. With a total of 25 years combined experience in international marketing and business development, Heather is a leading voice on company formation in the U.S., and operates similar services across Europe and the rest of the world. On top of her knack for helping SMEs develop into the USA, Australia and Europe, Heather holds a BA (Hons) in Modern Languages (French/Italian), and is conversational in German and Spanish.
Comments by Vanilla