In 2008, Alabama had only two breweries, and it was illegal to produce or sell beer with over 6% alcohol. After touring 150 breweries in other states, Jason Wilson founded the Back Forty Beer Company to begin changing Alabamians’ tastes. “In the South, we definitely know food and we know flavors,” says his brother Brad Wilson, Director of Marketing. “But because our choices were limited, Alabama had lost some of its identity.” In 2009, Back Forty introduced their first beer, Naked Pig Pale Ale, followed by Truck Stop Honey Brown Ale. “The idea was to rekindle the idea of craftsmanship, hard work, and love for what you do, using good local ingredients and having an impact on the community,” Brad says.

“The Internet is the ultimate leveler, the revolutionary force behind companies like ours.”

The first thing they did, he adds, “was start thinking about how our company would look on the Internet. How would people find us?” They quickly turned to AdWords, Google’s advertising program. “All the cumbersome bureaucracy of the old marketing world was just immediately stripped away,” says Brad. “Google allowed us to craft our own message.” The company also started using Google Analytics to track the effectiveness of their online ads. Together these two Google tools constituted the company’s entire marketing program. In addition, Google Apps for Work helped the brewery’s scattered staff to collaborate and keep in touch through products like Gmail and Google Docs. And Google Groups helped them join other Alabamians in pressing for progressive new state brewing laws.

Back Forty Beer Company has 23 employees.

When Truck Stop Honey won a silver medal at the Great American Beer Festival, distribution offers poured in from as far away as New York and California. The brewery added workers and moved into a 27,000-square-foot warehouse built in the 1940s. They continue to introduce new beers, such as Freckle Belly IPA, Paw Paw’s Peach Wheat, and Trade Day Cuban Coffee Stout. Back Forty Beer Company has created a new brand and helped to transform a portion of downtown Gadsden. The company energetically supports its hometown—“we literally have not said no to any charity or community organization in seven years,” Brad says. “That’s what changes cities, when industries like this come to town. The ripple effect is enormous.”

For more information on the Back Forty Beer Company case study, visit http://economicimpact.google.com. 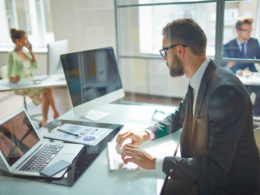 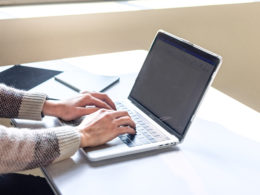 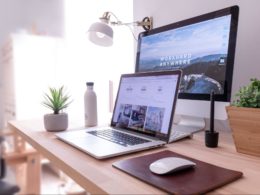 How to Ensure Your Homepage Helps Your Business Reach Its Goals

If you want your online business to flourish, you need to ensure you get your website’s homepage right. This is because it will provide the first impression people get of your brand, and you’ll need it to be a good one.  An excellent homepage will help your small business grow by facilitating the buyer’s journey,...